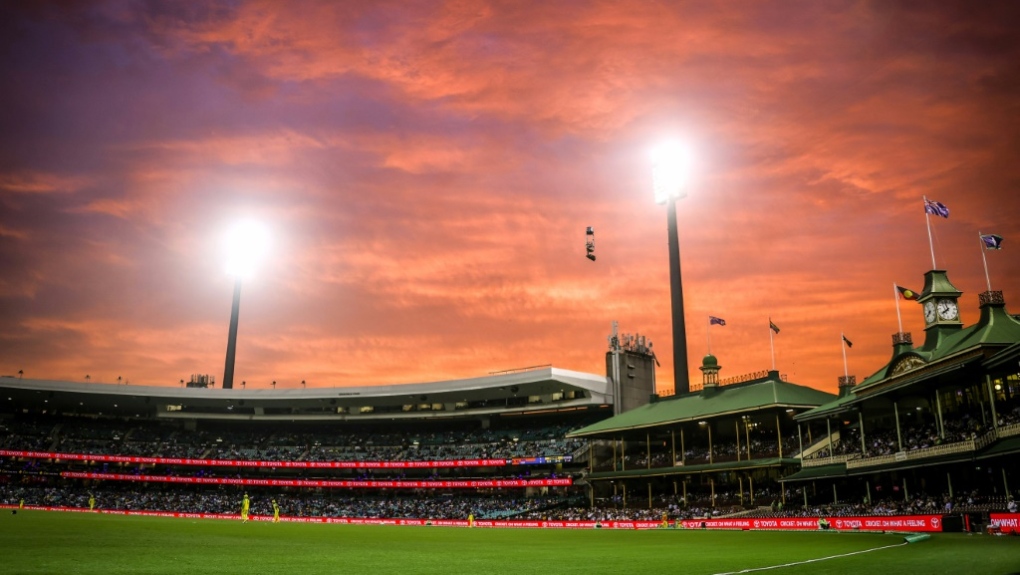 A fiery sunset over the Members' Stand during the one-day cricket match between India and Australia at the Sydney Cricket Ground in the sweltering city. (AFP)

The overnight temperature did not drop below 25.3 C Saturday into Sunday in central Sydney, according to the meteorology bureau, making it the hottest November night since records began.

The temperature had already hit a scorching 30 C by 4:30 am Sunday, before reaching above 40 degrees for the second consecutive day.

"New South Wales is in the midst of a severe heatwave with very warm conditions already being experienced yesterday, and today being a repeat of some of those conditions," said the Bureau of Meteorology's Agata Imielska.

Daytime records for November fell elsewhere in Australia's southeast, with the outback towns of Griffith and Mildura reaching 43.2 and 45.7 C respectively on Saturday.

The heatwave saw bans on lighting fires imposed across large swathes of New South Wales (NSW) state, which was badly hit by catastrophic bushfires during the last southern hemisphere summer.

A number of blazes broke out Sunday, including one on Sydney's western outskirts that the NSW Fire and Rescue Service said damaged a property.

More than 60 bushfires were still burning across the state, but most had been brought under control by firefighters as a southerly wind change led to a rapid drop in temperatures.

It was the first burst of significant bushfire activity since the devastating 2019-2020 fires, which burned an area roughly the size of the United Kingdom and left 33 people dead as tens of thousands fled their homes.

The fire season also killed or displaced nearly three billion animals and cost the economy an estimated US$7 billion.

Conservative Prime Minister Scott Morrison has repeatedly played down the link between climate change and the bushfires, and has committed to keeping Australia as one of the world's leading fossil fuel exporters.

But Australians are increasingly concerned about climate change, with a recent poll by Sydney's Lowy Institute showing almost 90 percent believing it is a critical or important threat.