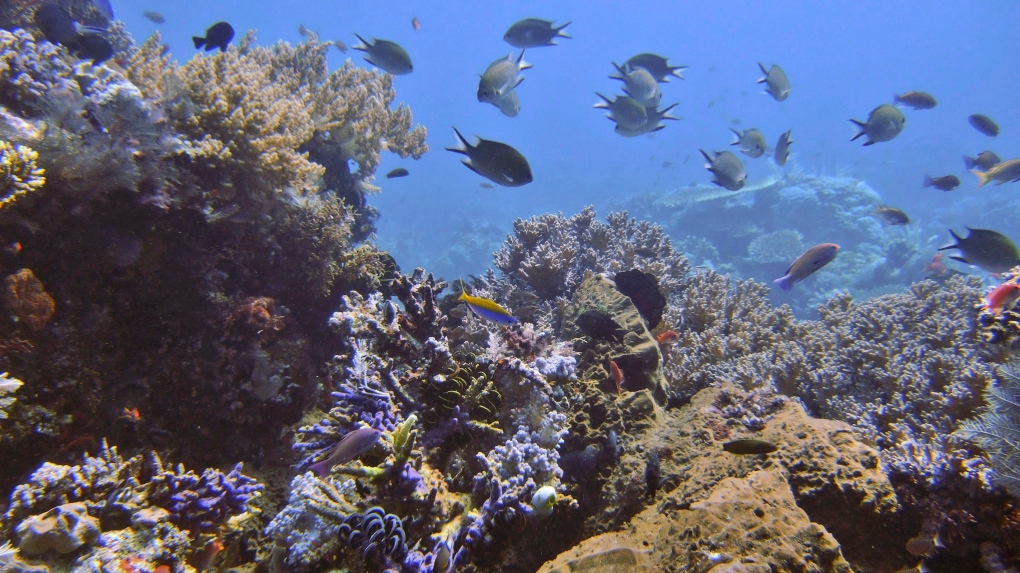 Marine scientists “listening in” on a recovering coral reef surrounding the Badi and Bontosua Islands in the Spermonde Archipelago of Indonesia reported fish making “growls,” “whoops” and other noises that signify the reef is coming back to life.

Over the past ten years, scientists and conservationists have been re-seeding the troubled reef with new corals, and researchers used underwater microphones to listen to the soundscape of the environment, which they say “represents a functionally important measure of a reef’s ecological status.”

Documenting their findings in a study published in the Journal of Applied Ecology Tuesday, researchers wrote: “on healthy reefs, a wide range of soniferous fishes and invertebrates contribute to a loud and diverse soundscape that plays an important role in ecosystem functioning; acoustic cues in the soundscape guide the recruitment and settlement behaviour of many reef organisms.”

The reefs surrounding the Spermonde Archipelago in Indonesia are “particularly threatened” by blast fishing – where dynamite is thrown into the reef and dead fish are collected from the surface--which causes extensive damage and has a slow recovery rate.

Soundscape recordings were taken at each reef site using hydrophones with built-in recorders which were suspended half a metre above the seabed on ropes. A snorkeler would place the hydrophones and then swim at least 500 metres away, retrieving the equipment when the hour-long recording had finished, the study says.

More than 90 audio samples were collected and analyzed, with researchers noting that due to sounds of coral reef fish not being well documented, they could not “confidently ascribe” any of the sounds to individual species.

In a list of the 10 distinct sounds present in all recordings, marine life was heard making knocks, purrs, scrapes, croaks, growls, grunts, raspberries, foghorns, whoops and “laughs.” The study notes that some sounds, like the scraping sound, happened at particular times during the day – in this case the morning and afternoon. Some occurred at sunrise and sunset and others most frequently at night.

Seven out of the 10 sounds occurred at least 50 per cent more often in the healthy and restored reef than the nearby damaged one.

The study says results suggest that restoration projects’ success can be measured and detected in the soundscape of the reef, and that auditory monitoring may be a key tool for measuring further reef ecosystem recovery.