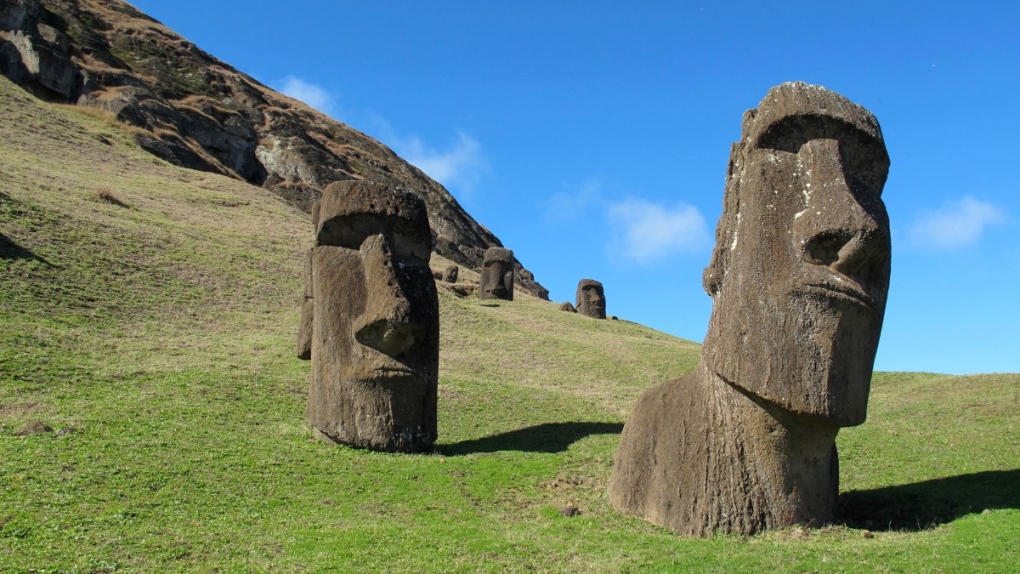 Easter Island's towering stone heads and other archaeological elements have been charred by a fire, according to local Indigenous and Chilean authorities.

The fire -- caused by the nearby Rano Raraku volcano -- started Monday and razed more than 100 hectares of the island, damaging its famous stone-carved statues known as 'Moai' which were created by a Polynesian tribe over 500 years ago, native officials reported.

Ariki Tepano, who serves as the director of the indigenous Ma'u Henua community which manages the Rapa Nui National Park, described the damage as "irreparable" and warned that the "consequences go beyond what the eyes can see," in a statement Thursday.

The Rapa Nui National Park -- whose name comes from the Indigenous moniker for the island -- is a protected area displaying the legacy of the Rapa Nui culture.

The UNESCO World Heritage-listed island lies some 3,500 km (2,174 miles) off the coast of Chile and is the most remote inhabited island on the planet. The far off island has long been a bucket list destination for travelers from around the world, primarily due to the giant Moai monuments.

Chile's Undersecretary of Cultural Heritage Carolina Pérez Dattari said that officials from the country's National Monuments Council (CNM) "are on the ground assessing the damages" from the fire on the island's sacred stone figures.

The composition of the statues can be adversely impacted from "exposure to high temperatures ... which could create big fractures that affect the Moai's integrity," according to the CNM.

The island's national park -- which features 386 Moai carved from solid basalt -- is currently closed off to tourists while conservationists investigate the extent of the losses, the Rapa Nui council confirmed in a Facebook post.

Not long before the coronavirus pandemic put a pause on travel, Easter Island was grappling with a series of bad behaviour from tourists, who would sometimes take photos with the Maoi in angles where it looked like they were "picking the noses" of the giant statues.

Two years ago, a Chilean island resident was arrested after his truck crashed into one of the stone figures and smashed the ahu, or platform, it was perched on.

Polynesian seafarers first arrived on Rapa Nui approximately 900 years ago, and have long made researchers curious why the huge statues were placed where they are.

But recent studies suggest the statues could be connected to where the island settlers found undersea freshwater springs.

According to UNESCO, the Polynesian society settled on the island and established a "powerful, imaginative and original tradition of monumental sculpture and architecture, free from any external influence," such as the "erected enormous stone figures known as Moai, which created an unrivaled landscape that continues to fascinate people throughout the world."

Help will arrive at the Children's Hospital of Eastern Ontario next week as the children's hospital continues to see "unprecedented volumes" of young patients suffering from respiratory viruses.

Welcome back to the knockout rounds of the World Cup as the final 16 teams vie for soccer’s most coveted trophy. France, Poland, England and Senegal all face elimination if they don’t win their respective matches. CTVNews.ca takes a look at everything you need to know on Day 15 of the tournament.