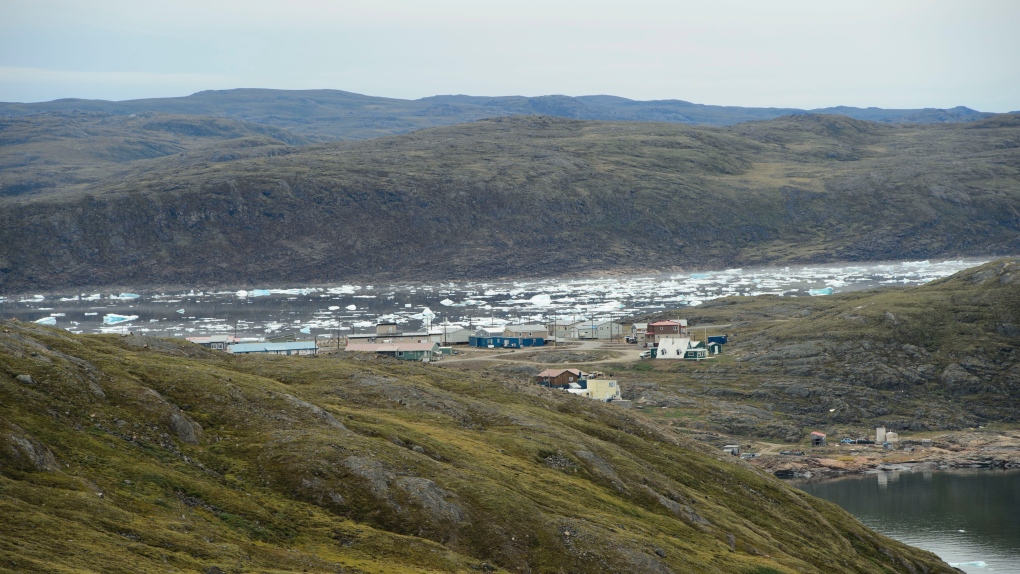 New research has found that Arctic permafrost has warmed to the point where it now releases more carbon in winter than tundra plants can absorb during the summer. The community of Apex, Nvt., is seen from Iqaluit on Friday, Aug. 2, 2019. THE CANADIAN PRESS/Sean Kilpatrick

Scientists say a year in which almost 200 tundra lakes drained away could point to what's in store for Canada's North.

Between 2017 and 2018, 192 lakes in northwest Alaska lost at least a quarter of their area as the permafrost that held them melted. Canada has plenty of the same kind of landscape and can likely expect the same effects, said Claude Duguay, a University of Waterloo researcher and co-author of a new paper in the journal Cryosphere.

“It's pretty widespread,” he said.

Duguay and his colleagues examined some of the countless small, shallow lakes that dot the tundra of Alaska's Seward Peninsula. Many have been stable for millennia while others wax and wane depending on the stability of the permafrost that blocks water from draining both underneath and along the shoreline.

During the winter of 2017 and into the summer 2018, the entire region experienced unusually warm temperatures and exceptionally heavy precipitation consistent with what climate change models predict across the Arctic.

“These conditions are basically projections of what may be happening in the future,” said Duguay.

Warmer than usual - air temperatures that year averaged 0 C - and insulated by a thick blanket of snow, much of the permafrost that ringed the shores and sealed the bottoms melted away.

In a single year, nearly 1,200 hectares of lake disappeared. That's more than 10 times the usual rate of change and twice the drainage of the previously worst year, 2005-06.

Similar lakes sitting on similar geology are easy to find in Canada, Duguay said. They cover the Mackenzie Delta in the Northwest Territories, the Old Crow flats in Yukon and the Hudson Bay lowlands in Manitoba and Ontario.

“Some of those regions are already showing similar trends,” said Duguay, who added that Canada hasn't yet experienced anything like what happened in Alaska, but it could be coming.

“The process could accelerate,” said Duguay. “That's what we've been seeing. There's been temperature increases of four degrees in the winter. Higher temperature and more snowfall will lead to these types of winters.”

The Northwest Territories has long been experiencing the effects of melting permafrost: sinking buildings, heaving roads and cracking airstrips. In 2015, a lake in the N.W.T. fell off a cliff when the permafrost holding it up melted.

Losing lakes affects how people get around and use the landscape, Duguay said. And as well as being a clear sign of climate change, draining lakes also contribute to it.

Permafrost is full of carbon from undecomposed plant material. Melting permafrost exposes that material, which generates both carbon dioxide and methane, the two main greenhouse gases.

“The draining of these lakes will lead to the remobilization of carbon.”