PFAS levels in rainwater have made it 'unsafe to drink' globally, even in remote areas: study

PFAS levels in rainwater have made it 'unsafe to drink' globally, even in remote areas: study 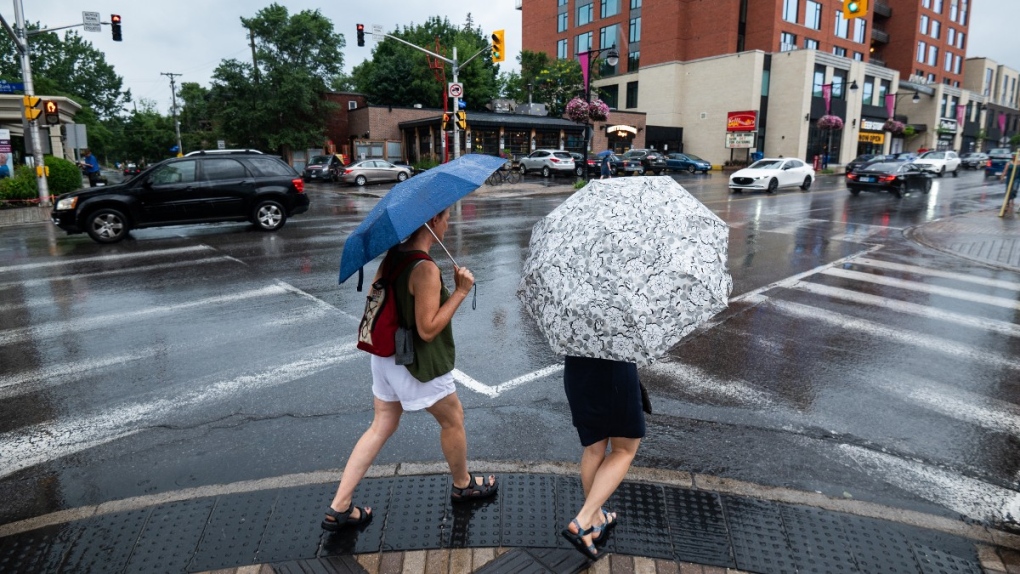 Researchers out of Europe say global levels of man-made "forever chemicals" have made rainwater unsafe to drink around the world — even in the most remote areas.

The study, published in peer-review journal Environmental Science and Technology on Tuesday from researchers at Stockholm University and ETH Zurich, argues that guideline values – amounts considered acceptable – for per- and polyfluoroalkyl substances (PFAS) in drinking water, surface water and soil have fallen "dramatically" over the last 20 years "due to new insights into their toxicity."

In a press release, he said the drinking water guideline value for one chemical in particular — the cancer-causing perfluorooctanoic acid, or PFOA — has declined by 37.5 million times in the U.S.

"Based on the latest U.S. guidelines for PFOA in drinking water, rainwater everywhere would be judged unsafe to drink," Cousins said.

"Although in the industrial world we don't often drink rainwater, many people around the world expect it to be safe to drink and it supplies many of our drinking water sources."

The term PFAS is used to describe the thousands of human-made substances historically found in a number of items such as surfactants, lubricants, repellents, firefighting foam, textiles, cosmetics and food packaging, the Canadian government says.

Exposure to PFAS can occur through food, drinking water and house dust, and is associated with reproductive, developmental, endocrine, liver, kidney and immunological issues, as well as certain cancers.

Due to their ability to last in the environment for long periods, experts often describe PFAS as "forever chemicals."

Researchers say the global spread of PFAS in the atmosphere means they can be found in rainwater and snow even in remote areas, such as Antarctica and the Tibetan Plateau.

While manufacturer 3M has worked to phase out the substances for two decades, researchers say some harmful PFAS are not seeing any notable declines in the atmosphere.

"The extreme persistence and continual global cycling of certain PFAS will lead to the continued exceedance of the above-mentioned guidelines," said study co-author and professor Martin Scheringer in the release.

Scheringer says because of this, "it makes sense to define a planetary boundary specifically for PFAS and, as we conclude in the paper, this boundary has now been exceeded."

Jane Muncke, managing director of the Food Packaging Forum in Switzerland, who was not involved in the study, said in the press release companies should not be allowed to "benefit economically while polluting the drinking water for millions of others, and causing serious health problems."

"The vast amounts that it will cost to reduce PFAS in drinking water to levels that are safe based on current scientific understanding need to be paid by the industry producing and using these toxic chemicals," Muncke said. "The time to act is now."

The story has been updated to clarify that the drinking water guideline values, or amounts considered acceptable, for PFAS have declined.

Meteorologist reacts to Fiona: 'Like nothing I've ever seen'

NTV News' Chief Meteorologist Eddie Sheerr offered a grim account of the impact post-tropical storm Fiona had on the southern part of Newfoundland and Labrador.

As Atlantic Canadians grapple with the aftermath of destruction caused by Hurricane Fiona, CTVNews.ca takes a look at major hurricanes that have wreaked havoc in the country throughout history.

A gunman opened fire in a school in central Russia on Monday, killing 15 people and wounding 24 others before shooting himself dead, authorities said.