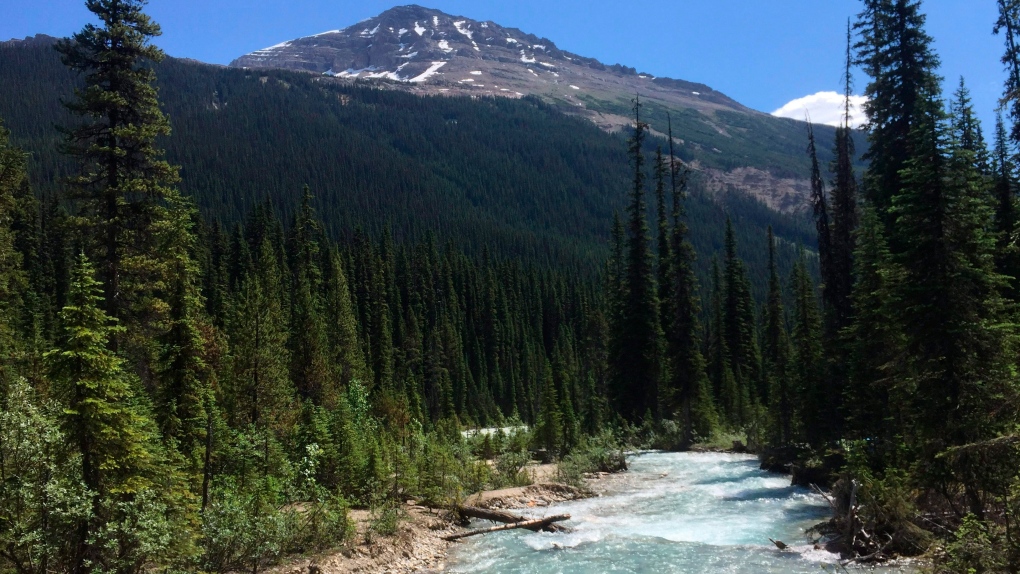 In this July 6, 2017 photo, the Yoho River flows through Yoho National Park in Canada's stretch of the Rocky Mountains, straddling the border of British Columbia and Alberta. It is an outdoorsman's paradise with scenic mountain hikes and crystal-blue water. (AP Photo/Adam Kealoha Causey)

Guilbeault made the announcement in Banff, Alta., with $14.7 million being made available over the next five years to prevent and manage invasive species in Banff, Jasper, Kootenay, Waterton Lakes and Yoho national parks.

The money is to be used for both prevention and education programs.

Environment and Climate Change Canada said the parks are vulnerable to non-native species of mussels as well as the parasite that causes whirling disease in fish.

Invasive species can be spread by people enjoying mountain rivers and lakes.

The work will also support the recovery of species at risk, including westslope cutthroat trout, Athabasca rainbow trout and bull trout.

Guilbeault was in Banff after spending Friday in Calgary meeting with oil industry representatives and Alberta Environment Minister Jason Nixon.

"We appreciate that he came to Alberta to meet our minister and we hope he'll continue to listen to the Albertan perspective," Kenney told a news conference on Saturday.

"Without Alberta and without the oil industry and their involvement, it would be impossible for Mr. Guilbeault and his government to attain their objectives to when it comes to reducing greenhouse gas emissions."

Kenney said he hopes to bring a similar message when he meets with Prime Minister Justin Trudeau in Ottawa in short order. He said there will be a focus on the Oil Sands Pathways to Net Zero, an agreement between five major producers to reach net zero carbon emissions by 2050 and will require major investment.

This report by The Canadian Press was first published Dec. 4, 2021.