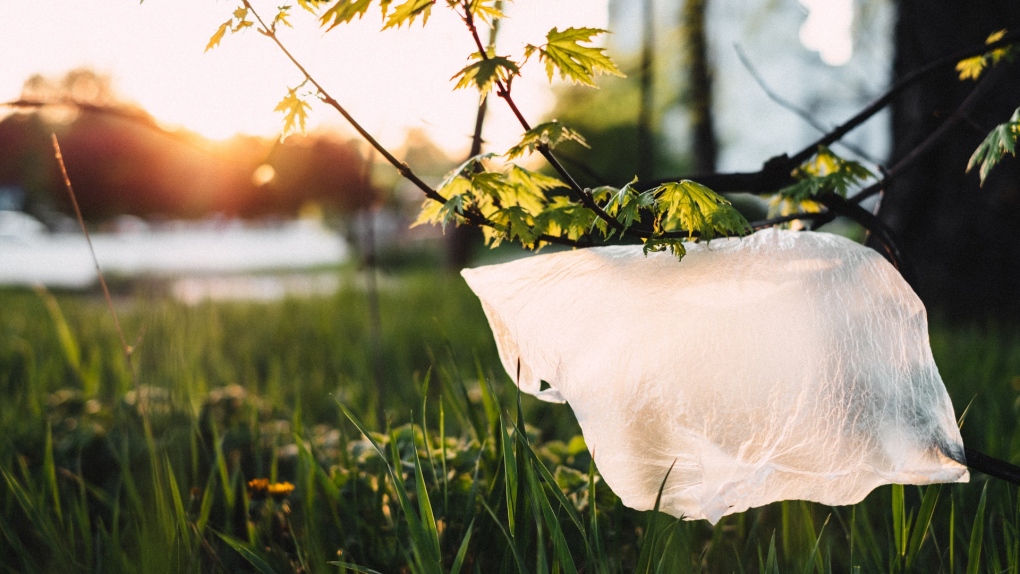 A plastic bag is seen blowing in the wind. (Pexels)

TORONTO -- Scientists in New Zealand have found that microplastics, which are commonly found in rivers, oceans, and land, are also in the air we breathe and report that this airborne pollution is likely affecting climate change.

While it is unclear how airborne microplastics impact human health, a new modelling study led by researchers at the University of Canterbury suggests that this pollution can contribute to the warming and cooling of Earth's atmosphere.

"We studied how microplastic fragments and fibres – two types of microplastics commonly found in the atmosphere – interact with light, and used this information in a global climate model to calculate the overall impact of airborne microplastics on Earth’s climate," lead author and atmospheric chemist Laura Revell explained in a press release.

However, if airborne microplastics continue to grow at their current rate, the researchers warn that these particles could potentially absorb incoming sunlight and radiation in Earth's atmosphere to a much greater degree.

"Because they absorb, emit and scatter radiation, like other components of the atmosphere such as dust or greenhouse gases, they can affect the climate by cooling or warming the atmosphere," Revell said in the release.

The findings were published Wednesday in peer-reviewed scientific journal Nature. Researchers say the study is the first to link climate change and airborne microplastics.

According to the study, microplastics are very small plastic fragments or fibres produced from the breakdown of larger pieces of plastics that can easily pass through filtration systems. When these microplastics become airborne, they are transported by wind across Earth.

The study found that airborne microplastics were present in both urban cities as well as remote, less populated regions.

Revell said it is likely that airborne microplastics will become a bigger issue in future "if the abundance of microplastics increases."

According to the study, approximately five billion tons of plastic waste have accumulated in landfills or the natural environment to date. The study's authors say this amount is set to double over the next 30 years if current trends in plastic production and waste management continue.

If these trends increase globally, Revell noted that airborne microplastics' impact on the climate will be "significant and potentially similar in size to other atmospheric aerosols routinely included in climate models."

"Since plastic degrades through age and exposure to light to produce microplastics, we expect microplastics to be present in Earth’s atmosphere for many years to come," she said in the release.

Researchers warn that if this is not addressed, the widespread nature of microplastic pollution may influence climate change on a "global scale."

"In the absence of serious efforts to address microplastic pollution, mismanaged plastic waste could exert an influence on climate in the future," the study authors wrote.