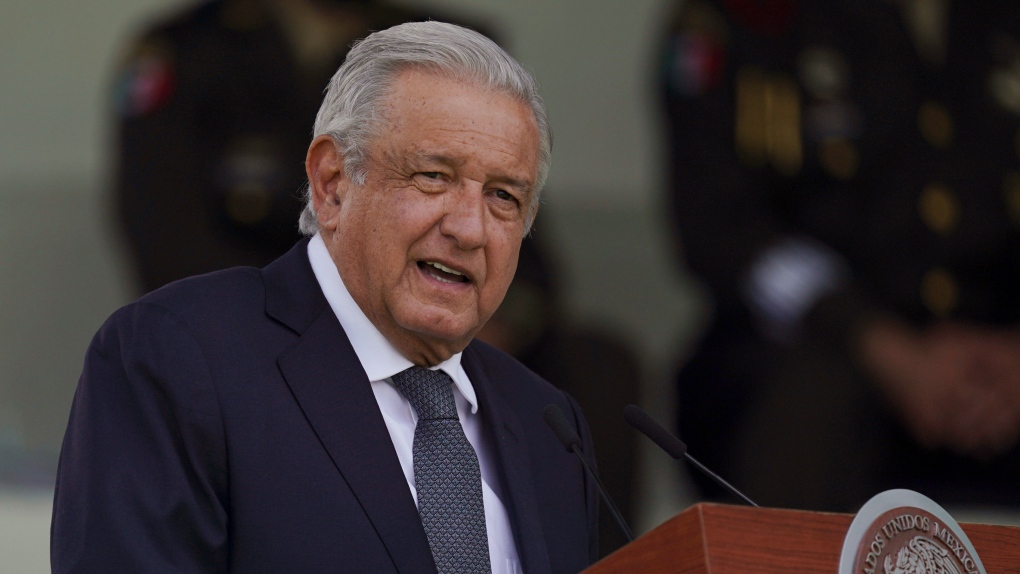 MEXICO CITY -- Mexico's government claimed Tuesday that it is leading a transition to more renewable energy, even though President Andres Manuel Lopez Obrador is pushing to restrict private wind and solar projects.

In a statement following a visit by U.S. climate envoy John Kerry, Mexico said it was seeking to cooperate with the United States on renewable energy. But many of the wind and solar electrical plants that Lopez Obrador wants to limit were built by U.S. or Spanish firms.

The statement touted "cooperating closely with the United States to accelerate the roll-out of renewable energy in Mexico, including wind, solar, geothermal and hydroelectric."

Lopez Obrador has submitted a bill to guarantee preferences for dirtier state-owned power plants that burn coal and fuel-oil.

Hydroelectric power is one of the few renewable sources that Lopez Obrador's administration has promised to invest in. But because Mexico's dams are used for several purposes -- storing water for human use, flood control and generating power -- the conflicting demands and increasingly uncertain rains make it unclear how much more hydropower can be produced.

Lopez Obrador, a native of the oil-producing Gulf coast state of Tabasco, has made his main push in promoting fossil fuels; his administration is focused on building or acquiring new oil refinery capacity.

The statement came ahead of a United Nations climate conference in Glasgow, Scotland, at the end of the month.

Lopez Obrador submitted a bill earlier this month that would cancel contracts under which 34 private plants sell power into the national grid. The plan declares "illegal" another 239 private plants that sell energy direct to corporate clients in Mexico. Almost all of those plants are renewable or natural-gas fired.

It puts private natural gas plants almost last in line -- ahead of only government coal-fired plants -- for rights to sell electricity into the grid, despite the fact they produce power about 24 per cent more cheaply. Government-run plants that burn dirty fuel oil would have preference over private wind and solar plants.

It guarantees the government electrical utility a market share of "at least" 54 per cent.