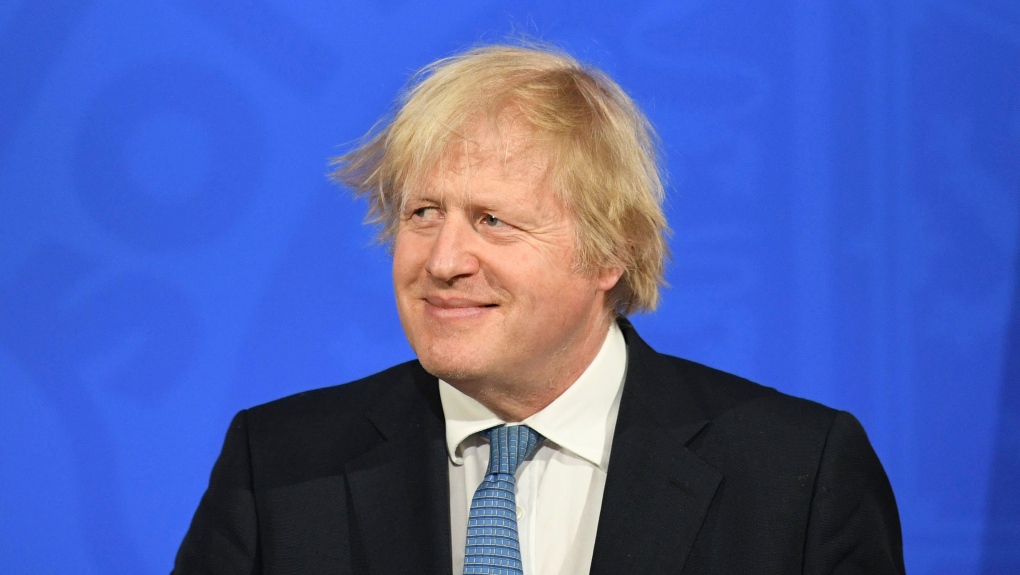 LONDON -- Prime Minister Boris Johnson said Britain would cut carbon emissions by 78% by 2035 in what he hailed as the world's most ambitious climate change target that would put the country on track to become a net zero producer.

The new timetable, nearly 15 years ahead of the previous target, will require a fundamental restructuring in the way Britain powers its homes, cars and factories, how it feeds its people and what it does to dispose of carbon dioxide.

It comes days after China and the United States agreed that stronger pledges were required to tackle climate change, and ahead of a U.S. climate summit this week and the UN Climate Change Conference, known as COP26, in November in Britain.

"We want to continue to raise the bar on tackling climate change, and that's why we're setting the most ambitious target to cut emissions in the world," Johnson said, adding that it would attract pioneering businesses and innovation to the U.K.

Britain in 2019 set a greenhouse gas emission target of net zero by 2050, in line with the 2015 Paris climate agreement which called on countries to take steps to keep the global temperature rise as close to 1.5 C as possible.

The new target, which will require the United Kingdom to cut emissions by 78% by 2035 compared with 1990 levels, will mean the U.K. is more than three-quarters of the way there, according to the government.

It was proposed by an advisory committee which said transport, heating and industry will need to move to renewable electricity or hydrogen instead of fossil fuels. Building insulation will need to improve, diets will need to change away from high-carbon meat, and more trees need to be planted.

Johnson has pitched the shift to a greener economy as part of Britain's recovery from the pandemic and his spokesman said the government had a 10-point plan to reduce emissions, including helping polluting industries to decarbonise.

For the first time, the target will also include Britain's share of international aviation and shipping emissions.

British opposition parties and environmental campaigners have welcomed the new target but said the move has so far been undermined by a lack of policies to deliver it, and warned the country was even struggling to meet its less ambitious targets.

Greenpeace said the building of new roads and runways would have to stop. "Targets are much easier to set than they are to meet, so the hard work begins now," it said.

Tom Burke, a former government adviser, said Britain's approach to cutting emissions had so far looked like a "Boris blunderbuss" with a huge range of marginal moves rather than a coordinated structural change.

Myles Allen, of the Climate Dynamics Group at the University of Oxford, said the focus needed to turn to carbon dioxide.

"Disposing of carbon dioxide safely by reinjecting it back under the North Sea always costs money because it is far, far cheaper to fly-tip it into the atmosphere," he said.