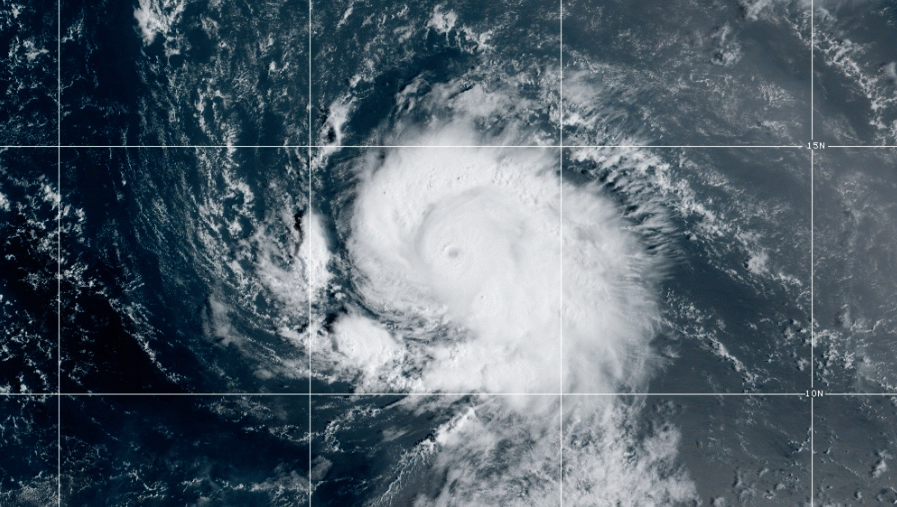 Hurricane Sam, seen in this satellite image, has been strengthening over the Atlantic Ocean. (NOAA)

MIAMI -- Far from land, Hurricane Sam strengthened into a Category 4 hurricane in the Atlantic Ocean on Saturday.

No coastal watches or warnings were in effect for Sam, which was about 990 miles (1,595 kilometres) east-southeast of the northern Leeward Islands in the Caribbean Sea on Saturday night. It was moving west-northwest at 8 mph (13 kph).

The U.S. National Hurricane Center in Miami said Sam had maximum sustained winds of 145 mph (230 kph). Forecasters said Sam could get even stronger Sunday morning with winds of 150 mph (240 kph).

Swells from the storm could cause dangerous rip current conditions off the coast of the Lesser Antilles early next week, officials said.

Meanwhile Teresa, which had been a subtropical storm, faded to a remnant low Saturday, about 150 miles (240 kph) north of Bermuda.