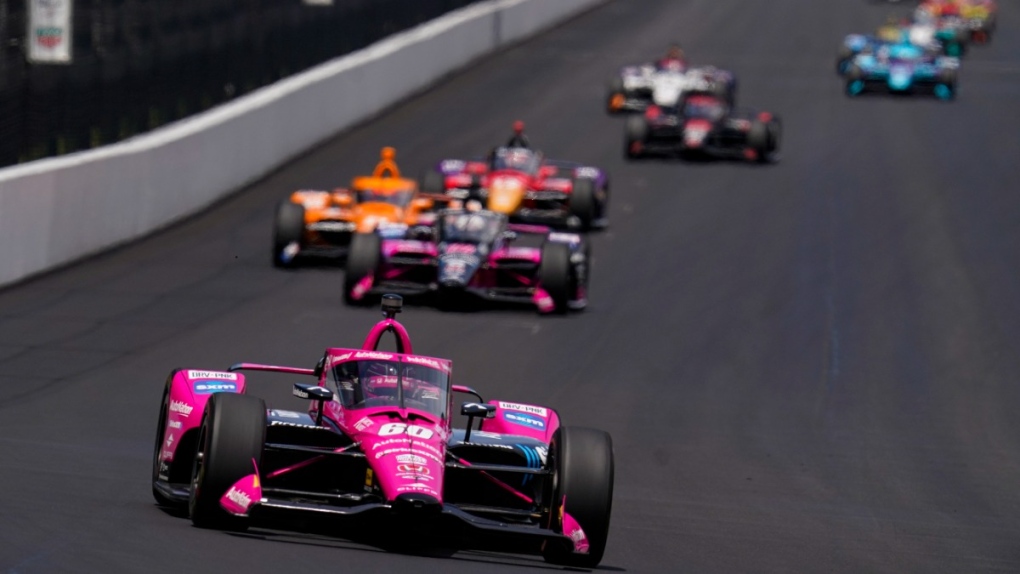 Simon Pagenaud heads into the first turn during practice for the Indianapolis 500 auto race at Indianapolis Motor Speedway, on May 23, 2022. (Michael Conroy / AP)
INDIANAPOLIS -

IndyCar will become the first North American racing series to use 100% renewable fuel in its race cars.

Shell, which recently signed a five-year extension to be the fuel sponsor for the open-wheel series, announced plans Friday to switch to a low-carbon fuel in 2023.

The new fuel will be a blend of second-generation ethanol derived from sugarcane waste and other biofuel, and it will create a fuel that is 100% comprised of feedstocks categorized as renewable under the applicable regulatory frameworks, according to Shell executives at Indianapolis Motor Speedway. It will decrease greenhouse gas emissions by 60% compared to fossil-based gasoline, according to the company.

Shell has set a goal of having a net zero carbon footprint within IndyCar by 2050.

"This race fuel development for IndyCar is a great example of how fuels technology is pivotal in helping decarbonize the sport," Dr. Selda Gunsel, President of Shell Global Solutions, said in a statement.

'We cannot pause our lives': Ukrainians begin rebuilding amid war with Russia

Ukrainians are gradually returning to life a few months after Russian troops retreated from the northern Chernihiv region. Now, people are repairing homes, and the sound of construction tools fills the air. Volunteers from all over Ukraine, and from other countries, are coming to help because there is so much to do before another winter approaches.

Police in Saanich, B.C., say they continue to investigate the possibility that a "third suspect" was involved in a fatal shooting at a bank that left two suspects dead and six officers injured Tuesday.