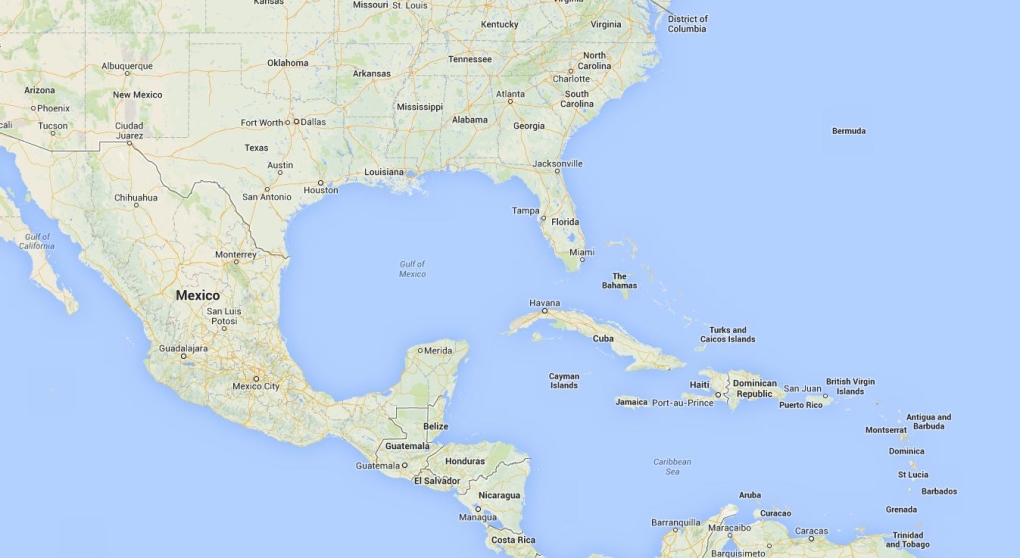 Map of the Gulf of Mexico (Google Maps)
MEXICO CITY -

Agatha, the first tropical storm of the 2022 hurricane season in the Pacific, formed Saturday off Mexico's southern coast.

The U.S. National Hurricane Center said Agatha continued to strengthen and is expected to become a hurricane by Sunday and head towards land.

On Saturday evening, the centre of the tropical storm was located about 280 kilometres southwest of Puerto Angel, with winds of 95 km/h.

The storm was moving north-northwest at 7 km/h, but was expected to take a turn further northward.

A hurricane watch was issued for parts of the coast of the southern state of Oaxaca, where Agatha could make landfall by Monday, perhaps in the area around Puerto Escondido or the resort of Huatulco.

While the storm could pack winds as high as 160 km/h at landfall, the centre cited the risk of "potentially life-threatening flash flooding and mudslides" as its rains pound the mountainous terrain of Oaxaca.

Mexico's National Water Commission said in a statement that the storm's rains "could cause mudslides, a rise in river and stream levels and flooding in low-lying areas."

Because the storm's current path would carry it over the narrow waist of Mexico's Isthmus, the centre said there was a chance the storm's remnants could re-emerge over the Gulf of Mexico.

In northern Guatemala, a woman and her six children died Saturday when a landslide engulfed their home, but the accident did not appear to be related to Agatha.