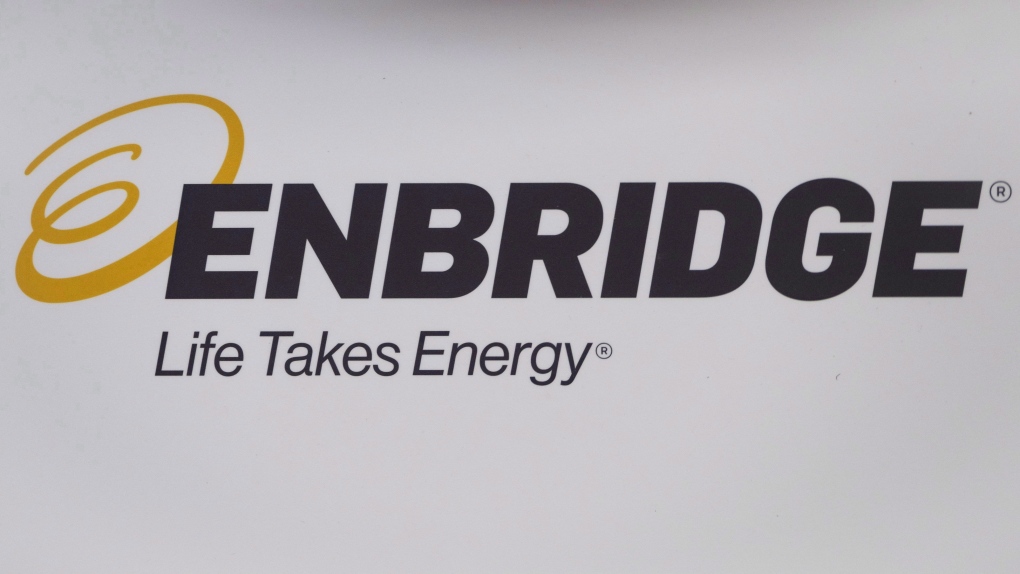 The Enbridge logo is shown at the company's annual meeting in Calgary, Alta., Wednesday, May 9, 2018. THE CANADIAN PRESS/Jeff McIntosh

Enbridge has failed to meet a deadline set by the Minnesota Department of Natural Resources for cleaning up a site where an aquifer ruptured during construction of the Line 3 oil pipeline, DNR officials said.

The agency had given the company until Friday to repair the damage that caused the artesian aquifer near Clearbrook to leak at least 24 million gallons of groundwater.

Regulators will require compensation for the additional time it takes to stop the groundwater flow.

The DNR has already ordered Enbridge to pay US$3.32 million for failing to follow environmental laws.

Regulators also announced they are investigating two separate sites where the company may have caused additional groundwater damage, the Star Tribune reported.

A company spokeswoman says Enbridge is co-operating with the Minnesota DNR to correct uncontrolled groundwater flows at Clearbrook, and is working with officials while they evaluate two other locations.

Line 3 starts in Alberta, Canada, and clips a corner of North Dakota before crossing Minnesota en route to Enbridge's terminal in Superior, Wisconsin.

Winona LaDuke, who heads the Honor the Earth Indigenous environmental group, called the company's failure to meet the deadline alarming. "If Enbridge can't meet basic safety requirements, they should not be allowed to operate a pipeline," she said, adding that it "doesn't bode well for the future."