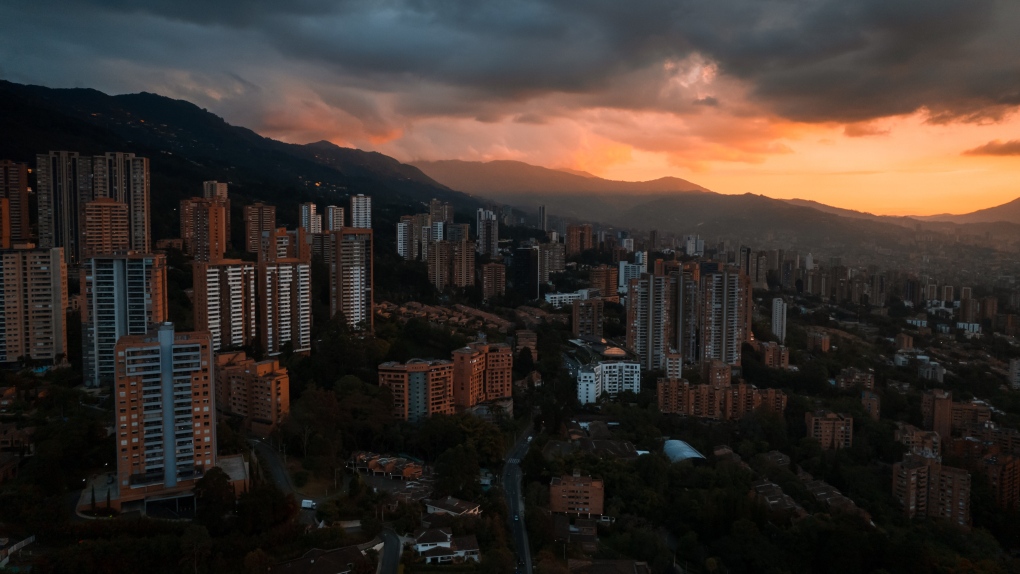 A mudslide unleashed by torrential rain buried a bus and affected two other vehicles on a highway in central Colombia, killing at least 34 people, authorities said Monday.

The National Disaster Risk Management Unit said in a statement that eight children were among the dead.

The mudslide Sunday divided a highway in two in the town of Pueblo Rico in the district of Risaralda. There were 33 people aboard the bus which was buried in two meters of mud and earth. A car with six passengers and a motorcycle with two people were also affected.

More than 70 search-and-rescue workers using backhoes and other equipment tried to reach survivors but they ended their search Monday afternoon after 24 hours.

"Solidarity with the victims' families, they'll have the complete support of the national government," tweeted Colombian President Gustavo Petro.

The town had been under a mudslide threat due to heavy rains caused by the La Nina weather phenomenon, according to Colombia's national emergency management agency.