Dire wolves were real, but they didn't look much like the 'Game of Thrones' creatures 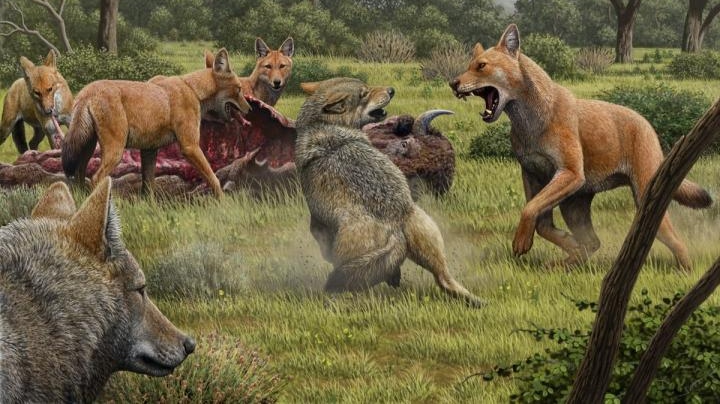 An extinct species of wolf that served as inspiration for a mythical creature in the popular television show "Game of Thrones" had little in common with the gray wolves that roam North America today, new research has found.

Known as Canis dirus, meaning "fearsome dog," it had been thought that dire wolves were simply a beefier version of the gray wolf. However, a new study published in the journal Nature has revealed just how different they really were.

The prehistoric carnivores roamed North America until they went extinct some 13,000 years ago. Dire wolf fossils are among the most common recovered at the La Brea Tar Pits in Los Angeles.

"The going narrative has been that gray and dire wolves were very closely related, like sister or cousin lineages, or perhaps the same animal," lead study author Angela Perri, an archeologist at Durham University in the United Kingdom, told CNN via email.

"We were pretty comfortable with that assessment for 150 years, as that's what the similarities in their skeletons suggested. Now the genetics have revealed that they are only very distantly related, having split from each other around 6 million years ago," Perri added.

For the first time, experts sequenced DNA from five dire wolf fossils, which were found in Wyoming, Idaho, Ohio and Tennessee, respectively. They date back to over 50,000 years ago.

Analysis showed that unlike many doglike species that seemingly migrated between North America and Eurasia over time, dire wolves evolved solely in North America for millions of years.

The animals' stark divergence from gray wolves, researchers believe, places them in an entirely different genus.

"This is surprising because we have thought they were closely related for so long. Their skeletons and teeth are very similar -- it is clearly a case of convergent evolution," Perri said. "We also learned that they were so genetically distinct from each other that there is no evidence they could interbreed and produce offspring," she added.

Dire wolves overlapped with coyotes and gray wolves in North America for some 10,000 years before their extinction -- but still, there is no evidence that they interbred with these species.

The dire wolves were ill-equipped to adapt to the changing conditions at the end of the ice age due to their evolutionary differences, experts believe.

The animals were also very different from their glamorous TV counterparts. Unlike real dire wolves, the mythical "direwolves" depicted in "Game of Thrones" were shown to be the size of small horses and associated with the coldest environments in Westeros. In the show, a litter of six direwolf pups were adopted by the Stark children, whose house sigil is that of a direwolf.

"On average dire wolves are roughly 20% larger than the average gray wolf today. It also appears that they were adapted to living in low land warm environments, so we envision them being much more like warm climate canids -- shorter fur, perhaps reddish, with large ears for thermoregulation," Perri said.

"Much different from the huge, furry gray animals depicted in frozen environments of Game of Thrones," she added.