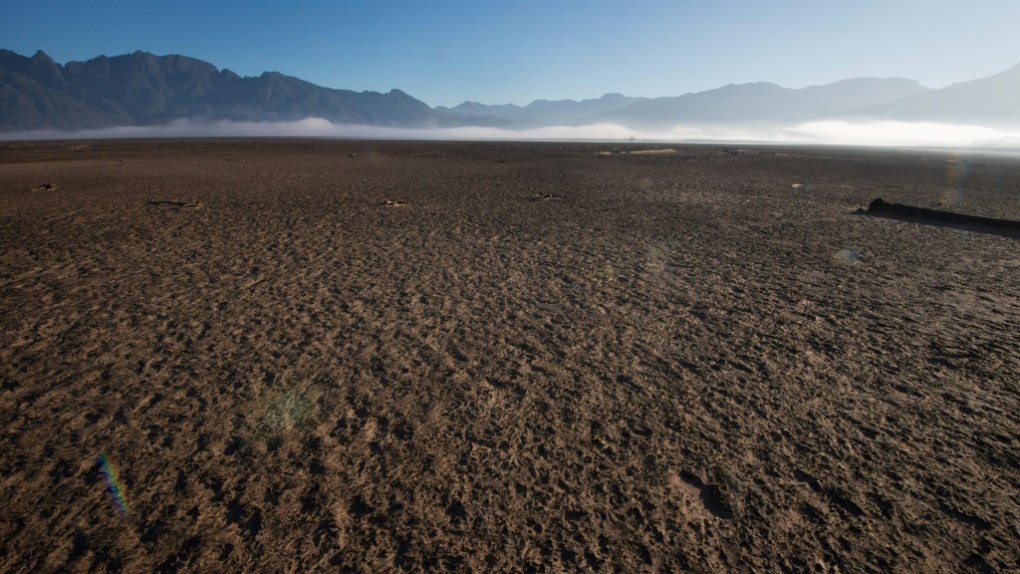 PARIS -- Dialling down the Sun's heat a notch by injecting billions of shiny sulphur dioxide particles into the stratosphere could curtail devastating drought across parts of Africa, new peer-reviewed research has reported.

This form of solar radiation management would slash the risk of another "Day Zero" drought in Cape Town, South Africa -- a city of 3.7 million which ran out of water in 2017 -- by as much as 90 per cent, according to a study published last week in Environmental Research Letters.

Global warming to date -- just over one degree Celsius since the mid-19th century -- enhances the likelihood of such droughts by a factor of three, earlier research has shown.

Allowing temperatures to increase another degree to 2 C above preindustrial levels would triple the risk again.

The 2015 Paris climate treaty, signed by virtually all the world's nations, calls for capping global warming at "well below" 2 C, a goal many experts fear is rapidly slipping out of reach.

As the likelihood that global warming will exceed these limits increases, scientists and policymakers are taking a serious look at "geo-engineering" schemes to cool the planet that were rejected not long ago as dangerous science fiction.

"People working on climate change are waking up to the fact that if cutting emissions doesn't prove sufficient to limit warming to 2 C, then blocking out some sunlight could be our only hope of achieving that," Andy Parker, project director for the Solar Radiation Management Governance Initiative, told AFP.

A RISK EITHER WAY

"It's not a pleasant thought, but we may have to decide whether it is riskier to reflect away sunlight, or risker to go over the 2C threshold."

The study on Cape Town 'Day Zero' droughts is one of a dozen funded by Parker's organisation, which promotes both research on the potential impact of solar radiation management (SRM) on the developing world, and the work of scientists from these regions.

"Developing countries are most susceptible to climate change, and are really poorly represented in SRM research," he said by phone.

The SRM Governance Initiative takes no position on the merits of solar radiation management (SRM), and is funded entirely by non-industry philanthropy.

"SRM has the potential to be very helpful or totally disastrous -- no one knows at this stage," Parker said. "We need more information to make that decision."

In the Cape Town study, an international team led by Romaric Odoulami found that blocking a tiny amount of solar radiation with reflective aerosols could keep global temperatures at 2020 levels.

Compared to a "worst case" scenario in which humanity continues unabated carbon emissions, SRM would by 2100 reduce the risk of a "Day Zero" drought along the southwestern tip of South Africa by 90 percent.

Another recent paper in the series, co-written by scientists in Benin, found the technology could reduce climate change disruptions to rainfall in West Africa as well.

One technique calls for injecting reflective particles into the stratosphere with balloons, aircraft or even through giant tubes.

But even if it works as intended in one region, SRM may have unintended knock-on consequences in another, such as the disruption of the monsoon rains upon which so much agriculture in tropical regions depends.

"Our findings highlight that while the approach might be beneficial for drought risk in Cape Town, it might have negative consequences in other parts of Africa," Odoulami noted.

Researchers also warn against "termination shock" -- a sudden warming if the system were to fail.

And the technology would do nothing to stop the continuing buildup of atmospheric CO2, which is literally changing the chemistry of the ocean.

Scientists have long known that injecting a large quantity of reflective particles into the upper atmosphere could cool the planet.

Nature sometimes does the same: debris from the 1991 eruption of Mount Pinatubo in the Philippines lowered Earth's average surface temperature for more than a year.

Sixty-six million years ago, a ten-kilometre wide asteroid strike threw up so much debris that it wiped out land-based dinosaurs built for steamy tropical climes.