Dead whale, one of largest ever discovered in Mediterranean, found off Italy 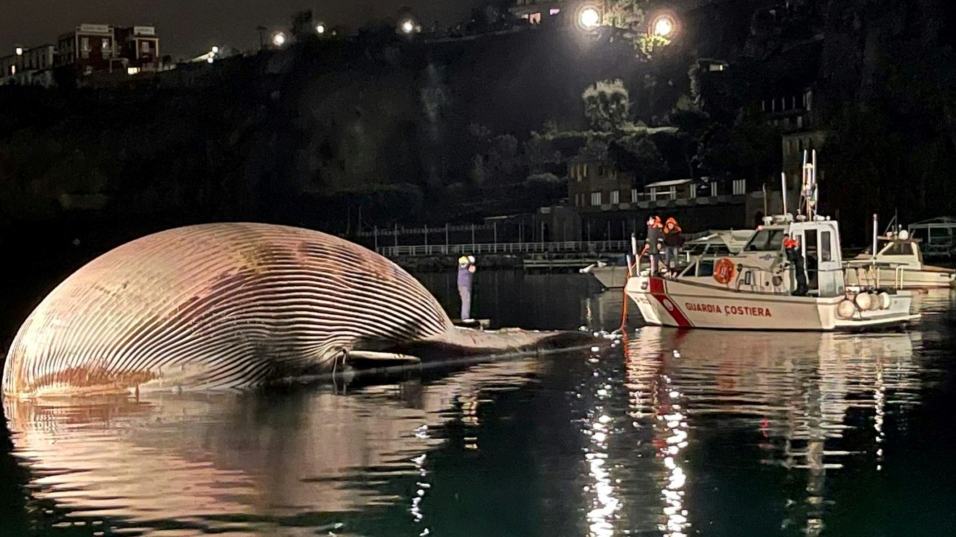 The carcass of a huge dead whale is towed by Italy's coast guard to the port of Naples to determine the cause of death. (AFP)

ROME, ITALY -- The carcass of a huge whale has been recovered from the waters off southern Italy, the coast guard said Wednesday, calling it "probably one of the largest" ever found in the Mediterranean.

The dead mammal was spotted in the sea on Sunday near the popular tourist destination of Sorrento by coast guard divers who were first alerted to the presence of a smaller whale, which has since disappeared into the sea.

The coast guard said it recovered the carcass overnight Tuesday and then towed the whale from Sorrento by sea to the port of Naples, where it will be analyzed by marine biologists and other experts looking for a cause of death.