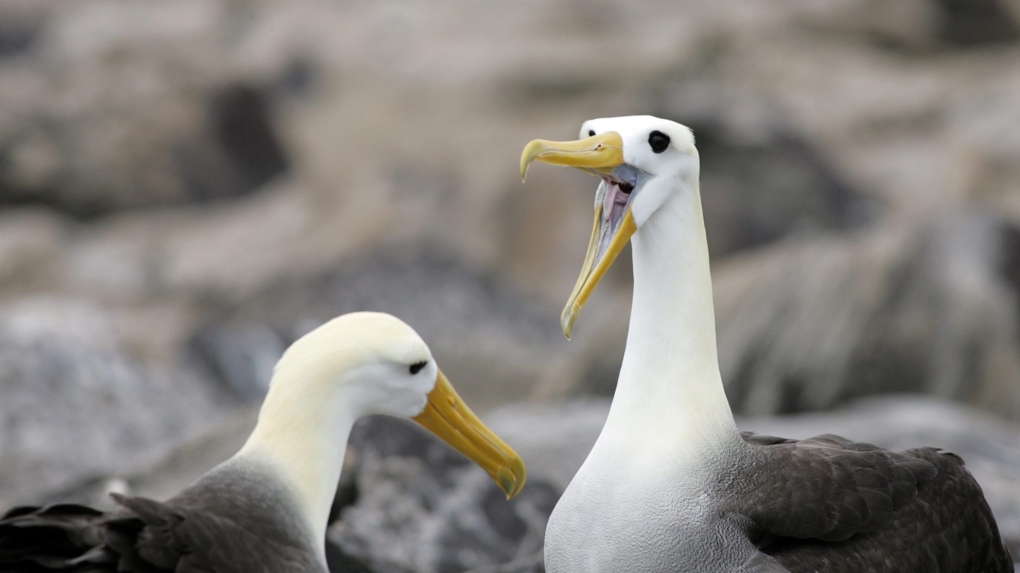 BARRIE -- Warming water temperatures caused by climate change may be causing more albatross couples – one of the world’s most monogamous bird species – to break up.

That’s according to a new study, published on Wednesday in the Royal Society journal.

They found ‘divorce’ rates fluctuated over the years, between 0.8 per cent and 7.7 per cent, with the average separation rate at 3.7 per cent.

However, in years with unusually warm temperatures, up to 7.7 per cent of albatross couples broke up.

The study found the birds were more likely to divorce after breeding failures.

When that happens, the albatross try to find different partners for the next breeding season.

“However, regardless of previous breeding performances, the probability of divorce was directly affected by the environment, increasing in years with warm sea surface temperature anomalies (SSTA),” the study reads.

The authors said that their model also showed warm SSTA increased the “probability of switching mates in females in successful relationships.”

“For the first time, to our knowledge, we document the disruptive effects of challenging environmental conditions on the breeding processes of a monogamous population,” the study reads. “Potentially mediated by higher reproductive costs, changes in phenology and physiological stress.”

Researchers also found that in seabirds, “hard environmental conditions and food shortage” were associated with higher levels of the stress hormone corticosterone.

“Thus, after a difficult resource-poor breeding season, the greater effort and higher breeding investment can lead stressed females to disrupt the bond with their previous mate and look for a new one, even if previously successful,” the study reads.

Francesco Ventura is a researcher at the University of Lisbon and co-authored the Royal Society study.

He told The Guardian warming waters were forcing the albatross to hunt for longer and fly further from home.

If the birds failed to return in time for breeding seasons, their partners might look elsewhere for someone to mate with, he explained.

Ultimately, the researchers said environmentally-driven divorce may be an “overlooked consequence of global change.”