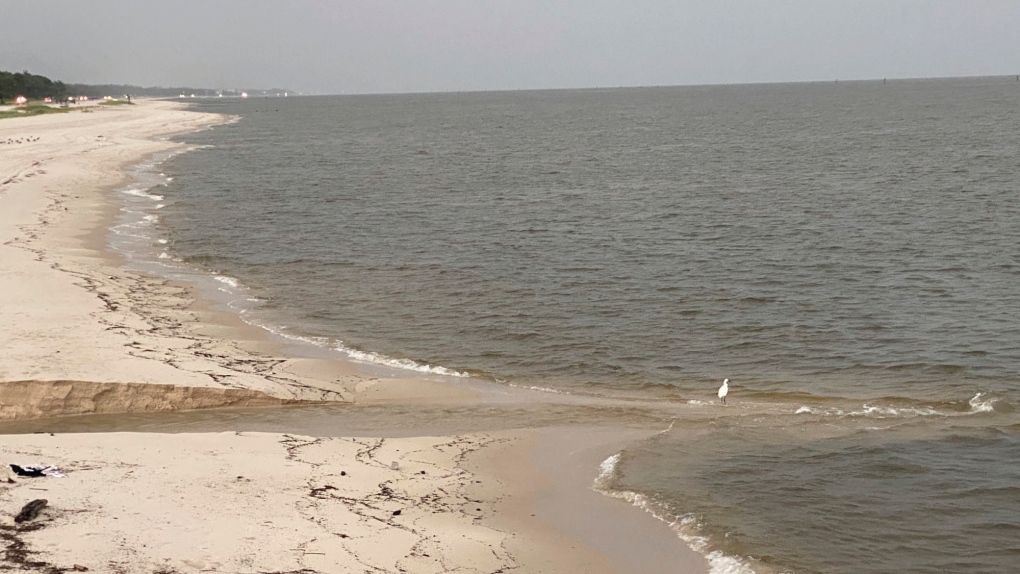 Tropical Storm Bonnie formed over the Caribbean on Friday as it headed for a quick march across Central America and potential development into a hurricane after reemerging in the Pacific.

The U.S. National Hurricane Center said Bonnie was on a track for the general Nicaragua-Costa Rica border region. It was expected to cause significant flooding, with rains of up to 8 inches (about 200 millimeters), and even more in isolated places.

It had maximum sustained winds of 45 mph (75 kph) early Friday evening and was centered about 80 miles (130 kilometers) south-southeast of Bluefields on Nicaragua's Atlantic coast, while moving to the west at 17 mph (28 kph).

Rain began falling in Bluefields on Friday, and authorities said they had established 50 temporary shelters.

Many of Bluefields' 57,000 residents began nailing boards across their windows in preparation for the storm. Many Nicaraguans still remember Hurricane Joan, a powerful 1988 storm that wreaked huge damage on the Atlantic coast and caused almost 150 deaths in the country.

"We are waiting for the storm to hit, hoping that it won't destroy our region," said Bluefields resident Ricardo Gomez, who was 8 when Joan hit.

The area was also battered by two powerful hurricanes, Eta and Iota, in quick succession in 2020, causing an estimated $700 million in damage.

Officials in Costa Rica expressed concern that the storm would unleash landslides and flooding in an area already saturated by days of rain.

A massive landslide a week ago cut the main highway linking the capital San Jose to the Caribbean coast and it remained closed Friday. The government canceled classes nationwide Friday.

Heavy rains had also destroyed or damaged a number of bridges.

A tropical storm warning was in effect for Colombia's San Andres Island and from Cabo Blanco in Costa Rica northward to Puerto Sandino in Nicaragua.

The fast-moving disturbance has been drenching parts of the Caribbean region since Monday without, until Friday, meeting the criteria for a named tropical storm.