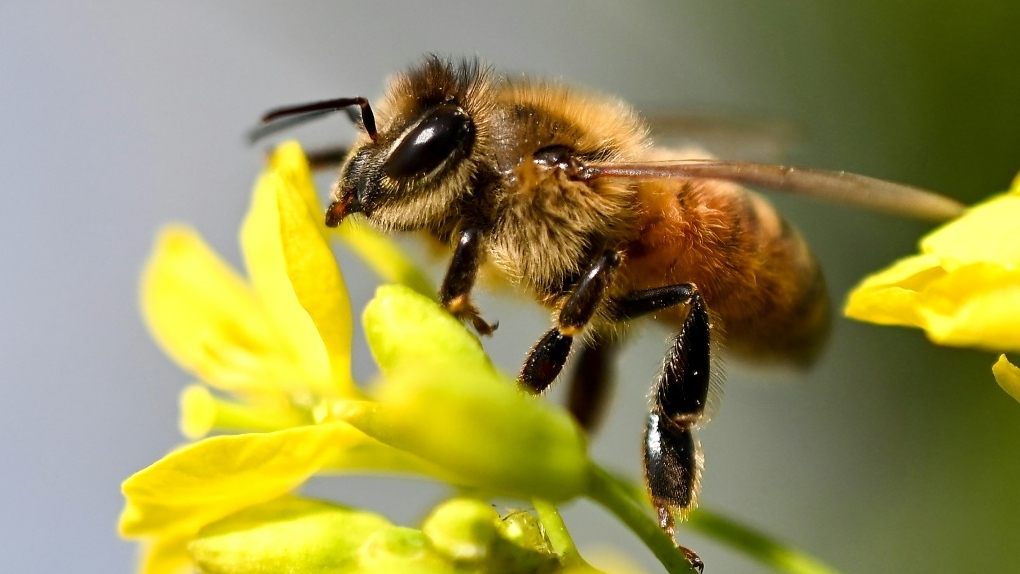 Neonicotinoids are insecticides that are absorbed by plants and are believed to be responsible for the collapse of bee colonies around the world. (AFP)

OTTAWA -- Health Canada announced Wednesday restrictions on the use of neonicotinoid pesticides in agriculture to protect aquatic insects, backtracking on a proposed outright ban prompted by a massive bee die-off.

Health Canada had proposed in 2018 prohibiting the use of clothianidin and thiamethoxam, two of three neonicotinoid pesticides widely applied to crops in the country.

But after a re-evaluation of scientific data including new water monitoring data, and 47,000 public submissions, the agency said in a statement it found "some uses do not pose a risk to aquatic insects, while other uses do pose risks of concern."

Pesticides makers will have two years to adapt to the new rules, which include reduced application rates and the number of applications, as well as spray buffer zones.

The regulations apply to a range of fruit and vegetable crops such as onions, lettuce and blueberries, potatoes, corn and soybeans.

Neonicotinoids are insecticides that are absorbed by plants and are believed to be responsible for the collapse of bee colonies around the world.

They are also suspected of disrupting memory and flight abilities of insects.