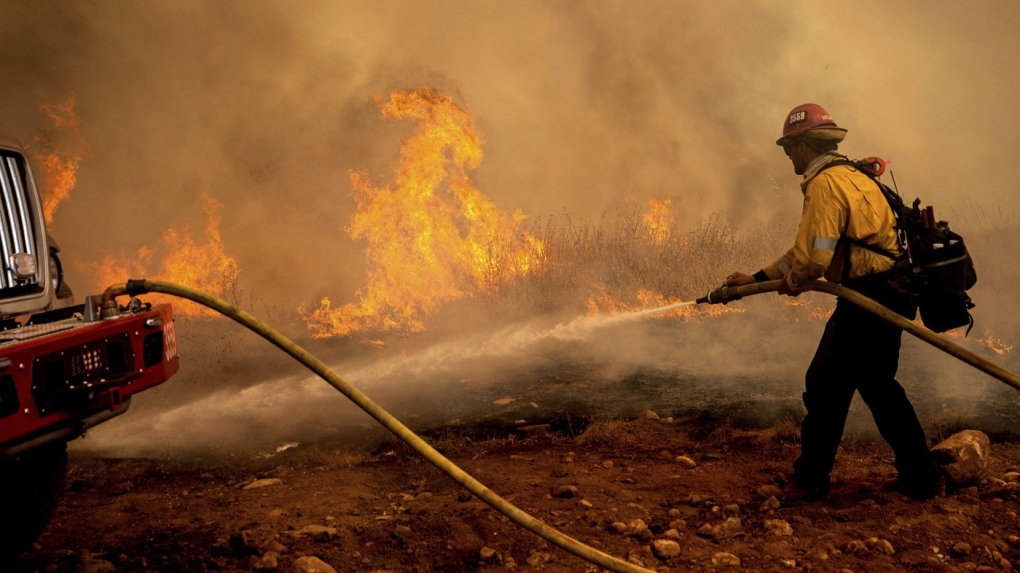 Evacuation orders were expanded Tuesday for remote California communities near a wildfire that may have been sparked by fireworks or a barbecue on the Fourth of July in a mountainous region that's a top tourism destination.

The Electra Fire in Sierra Nevada Gold Country broke out Monday afternoon and tripled in size to about 6.1 square miles (15.8 square kilometres). It was 5% contained Tuesday night.

“The rate of spread isn’t what it was like yesterday, but it is still spreading,” said Amador County Sheriff Gary Redman. He said firefighters were working to keep flames confined to unpopulated canyon areas.

Mandatory evacuation orders and warnings combined affected up to 700 residents in Amador County and 300 to 400 people in Calaveras County, Redman said. Evacuation centres were set up for people and animals.

The fire started at a recreation area that was packed with people, forcing 85 to 100 celebrating the holiday at a river to take shelter at a Pacific Gas & Electric Co. facility, Redman said. All were later safely evacuated.

“This was the closest I’ve ever been to a fire. It was literally within feet of us,” said Milka Mikula of Valley Springs, who had gone to the river with her husband, her 5-year-old daughter and her 1-year-old son.

They had to wait about six hours before they could finally start for home, she told KCRA-TV.

Redman said the cause of the fire was not known, but that it started in the Vox Beach area of the North Fork Mokelumne River. He said that could suggest fireworks or a barbecue as a potential cause.

More than 100 fire engines, 1,200 firefighters and 14 helicopters were sent to the fire, which was a threat to power infrastructure, the California Department of Forestry and Fire Protection said. The terrain was described as steep and rugged.

Cal Fire activated an incident management team for the fire. The teams "are made up of trained personnel who provide operational management and support to large-scale, expanding incidents,” Cal Fire said.

Vox Beach is about 55 miles (89 kilometres) east of Sacramento in the heart of the Sierra Nevada region that is steeped with the history of the mid-1800s Gold Rush.

Several other small fires were burning in the state.

A massive power outage is currently affecting the downtown core in Toronto and officials say it may have been caused by a large crane that struck a high-voltage transmission line in the city's Port Lands neighbourhood.

Tax experts are warning a new tax on yachts, luxury cars and private aircraft designed to hit the super-rich could also cover some electric and hybrid cars.