Brazil sees record Amazon deforestation in first half of 2022

Brazil sees record Amazon deforestation in first half of 2022 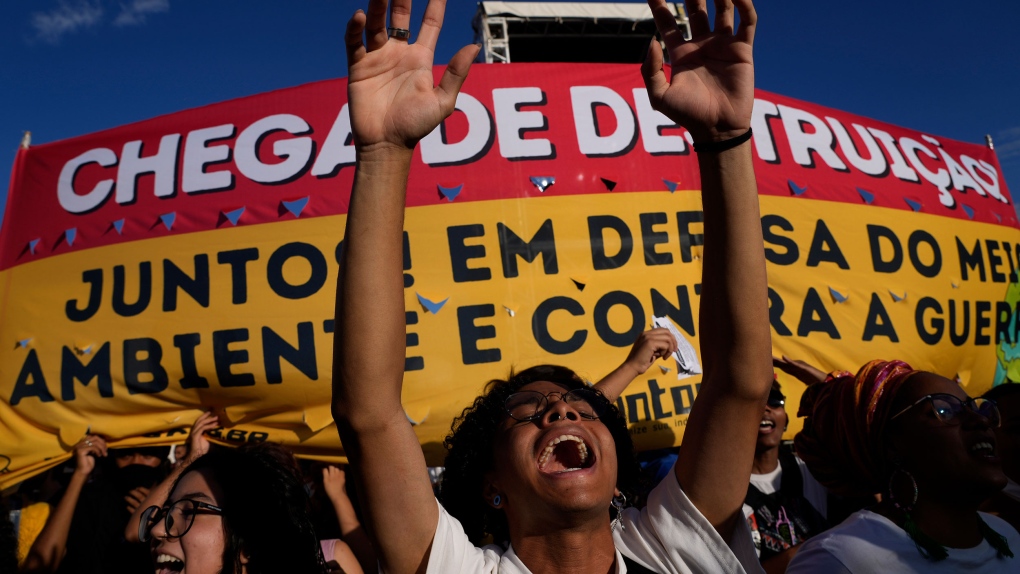 Environmental activists protest against Brazilian President Jair Bolsonaro on March 9. Brazil's Amazon rainforest has been deforested by a record amount in the first half of 2022, according to the country's Space Research Institute (INPE). (Eraldo Peres/AP)

Brazil's Amazon rainforest has been deforested by a record amount in the first half of 2022, according to the country's Space Research Institute (INPE).

Data from INPE satellites shows that 3,750 square kilometres of the world´s largest rainforest were lost in Brazil between January 1 and June 24, the largest area since 2016, when the institute began this type of monitoring.

INPE satellites have been registering new monthly deforestation records since the beginning of the year, and it also registered a record 2,562 fires in the country´s Amazon last month.

May and June generally mark the beginning of significant annual burning and deforestation in the Amazon, due to the dry season.

In May, INPE detected 2,287 fires in the rainforest, the highest number for that month since 2004.

Destruction of the world's largest rainforest has surged since President Jair Bolsonaro took office in 2019 and weakened environmental protections, arguing that they hinder economic development that could reduce poverty in the Amazon region.

Though the President has passed several executive orders and laws to protect the rainforest, he has simultaneously slashed funding to government-run environmental protection and monitoring programs, and pushed to open indigenous lands to commercial farming and mining.

In October 2021, a group of climate lawyers urged the International Criminal Court (ICC) to investigate Bolsonaro for his alleged attacks on the Amazon, which they said amount to "crimes against humanity."

But the Brazilian president has pushed back against international critics pushing for better protection of the rainforest.

At the beginning of May, Bolsonaro lashed out at Leonardo DiCaprio, saying it would better for the actor to "keep his mouth shut" after he spoke out about the environmental importance of the Amazon.

Some scientists predict deforestation will continue to rise ahead of Brazil's October presidential election, as it has ahead of the last three elections.

Environmental enforcement typically weakens in election years and criminals may rush to deforest ahead of a new government taking office, according to Carlos Souza Jr, a researcher at Imazon, a Brazilian research institution.