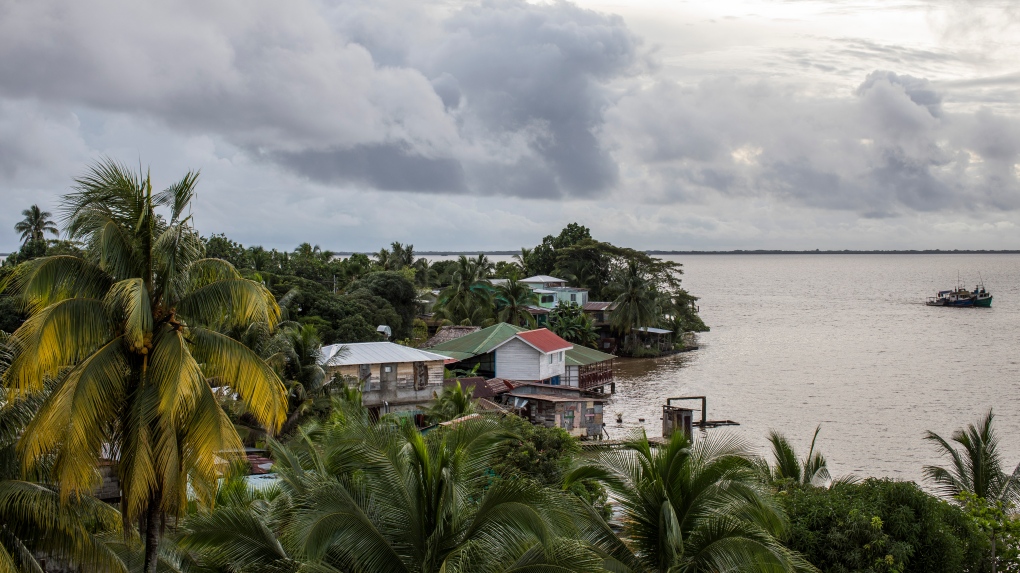 Hurricane Bonnie weakened a bit Tuesday night after several hours as the first major storm of the eastern Pacific season while off southern Mexico, though it wasn't a threat to land.

Bonnie was beginning to move farther away from Mexico’s Pacific coast, three days after crossing Central America as a tropical storm from the Caribbean and dropping heavy rain, contributing to at least two deaths.

Forecasters said they expected the hurricane, which grew into a Category 3 storm in the afternoon before losing a little power after nightfall, to keep heading generally westward farther out into the open sea. But the U.S. National Hurricane Center said Bonnie was causing rough surf on parts on of Mexico's southwestern coast.

Bonnie had maximum sustained winds of 110 mph (175 kph) late Tuesday, which is the very top of Category 2, according to the hurricane centre. It was centred 545 kilometres south-southwest of Cabo Corrientes, near the Mexican resort town of Puerto Vallarta, and was moving west-northwest at 15 mph (24 kph).

The storm caused heavy flooding while crossing sodden Nicaragua after making landfall as a tropical storm on the country’s Caribbean coast late Friday.

Two people died in separate events related to flooding, Nicaragua’s army said in a statement. It said 40-year-old Alberto Flores Landero died trying to cross the swollen Mati river in Siuna in Nicaragua’s northeast and Juan Carlos Alemán, 38, died trying to help passengers from a bus that fell into the Ali Bethel river in the same area.

The Family Ministry said it distributed mattresses to families displaced by flooding in Rama, west of Bluefields. Images from the area showed water up to rooflines and people navigating streets in boats.

Kherson, located north of the Crimean Peninsula that was annexed by Moscow in 2014, was the first city to fall after Russia's invasion of Ukraine on Feb. 24. The port remains at the heart of the conflict and Ukraine's efforts to preserve its vital access to the sea. For Russia, Kherson is a key point along the land corridor from its border to the peninsula.