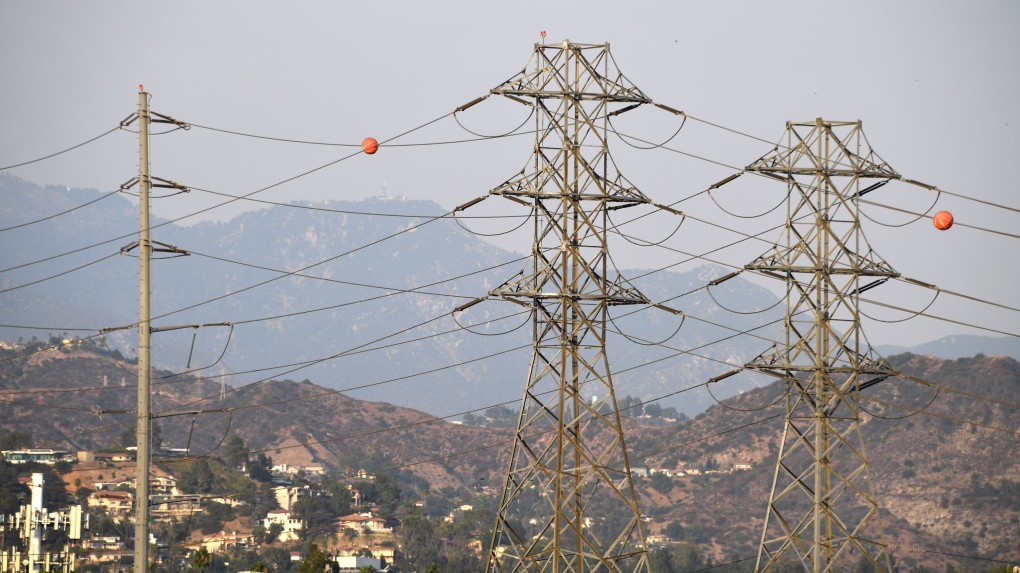 Parts of Southern California are on alert as winds near hurricane force, a parched landscape and the nation's hottest temperatures set the stage for life-threatening fire weather conditions and preemptive power shutoffs.

The fast-moving Bond Fire in Southern California's Orange County is now 6,400 acres with 10 per cent containment, the Orange County Fire Authority (OCFA) announced in a tweet. Evacuation orders have been lifted for some parts of the county and nearly all roads have reopened, fire officials added.

The fire initially brought an evacuation order for 25,000 people and left two firefighters injured, officials said at a news conference. Both were treated on scene and transported to a hospital, said fire Chief Brian Fennessy. Their conditions are unknown.

The blaze started late Wednesday as a structure fire that quickly moved into nearby vegetation in Silverado Canyon. A number of homes have been damaged and some may have been destroyed, officials said.

"Erratic, strong Santa Ana winds quickly pushed the flames from the house into the vegetation and the fire grew rapidly," Fennessy said.

The OCFA said about 500 firefighters are battling the blaze, and helicopters have been launched. The fire has prompted mandatory evacuations in several areas near the canyon, which is about 15 miles east-northeast of Irvine.

The fire still has potential for growth due to downed power lines and wires in the area, according to Fennessy.

About 25,000 residents have been evacuated, Orange County Sheriff Don Barnes said. Traffic closures for many areas remain in place.

Authorities urged residents to be prepared to evacuate if a mandatory evacuation order is issued. "Be ready, be set by getting all your information together and available and be ready to go if asked to do so," Barnes said.

Elsewhere, firefighters in Riverside County are trying to get the upper hand on the Airport Fire in Corona. The 105-acre vegetation fire temporarily prompted warnings earlier Thursday which have since been lifted. Highway 71 is closed in both directions from Highway 91 to Highway 83.

Riverside firefighters are also battling the Nuevo Fire in the community of Nuevo. The vegetation fire started overnight, stretches 200 acres and is just 10 per cent contained.

This year's extreme conditions have tested the limits of fire authorities, who have now battled five of the six largest wildfires in California state history, and for the millions of residents who have endured them.

California's wildfire season typically runs from July through November, but officials warn that the weather pattern in progress is a spitting image of ones that scorched millions of acres this summer and urge residents to stay vigilant over the coming days.

The unusual duration of critical fire weather, extremely dry vegetation and an even drier air mass has created a tinderbox of sorts in parts of the state.

On Thursday, Santa Clarita Valley and the mountains of Ventura and Los Angeles County were at the heart of the threat zone, with winds forecast to gust up to 70 mph and widespread humidity as low as 4 per cent.

The region also happens to be the hottest in the continental U.S. this week after highs climbed to 85 degrees Fahrenheit on Tuesday and Wednesday.

Given the environmental conditions, the NWS warns that any fire will spread rapidly, with long-range "spotting" of 1 to 3 miles possible. Spotting is a phenomenon in which firebrands (flying embers) are transported by winds, allowing additional spot fires to develop several miles downwind.

Given the fire risk, utility companies in California have preemptively shut off power to at least 123,000 customers. The shutoffs are meant to keep the electrical system from igniting more fires in the event of downed power lines in dry conditions, through a program called Public Safety Power Shutoff.

San Diego Gas & Electric (SDGE) shut off power to about 73,000 customers on Thursday morning and warned another nearly 22,000 customers their power could be turned off.

In addition, Southern California Edison (SCE) reported that it turned off power to 49,000 customers and warned another about 247,000 theirs could be shutoff, too.

"We understand that having your power turned off is a hardship, especially in the middle of a pandemic and when most folks are at home. We are working to limit the number of customers who are shutoff due to Public Safety Power Shutoffs," Vik Trehan, SCE director and incident commander, said in a statement Tuesday.

Although roughly 80 per cent of Los Angeles' annual rainfall occurs between the months of December to March, with the recent onset of a La Niña pattern in place, the winter outlook for the state looks grim. Long-term forecasts suggest both a warmer and drier winter in the months ahead.