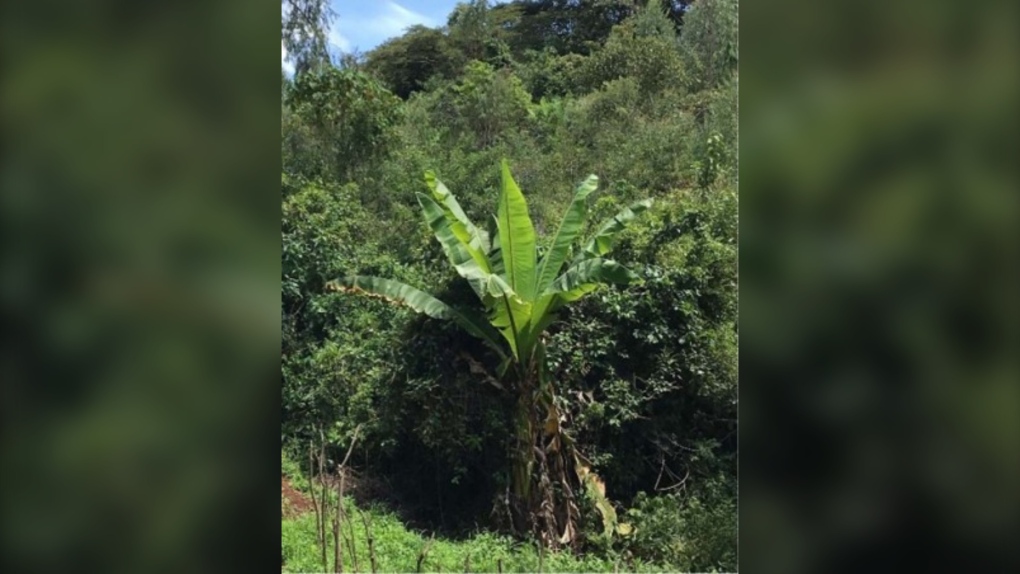 A new study suggests that a plant relative of the banana, found only in Ethiopia, has the potential to feed more than 100 million people. (Royal Botanic Gardens, KEW/Environmental Research Letters)

A new study suggests that a plant relative of the banana, found only in Ethiopia, has the potential to feed more than 100 million people in warming environments if its cultivation were to be expanded.

Enset, also known as the "false banana," is a starchy crop that is a food staple in Ethiopia. While its fruit is inedible, the study says its stems and roots can be fermented and are commonly used to make porridge and bread.

If cultivation of enset were to be expanded, researchers out of Ethiopia and the U.K. say the crop has "significant potential" to address food security and sustainable development across Africa amid climate change.

The study, published in December in the journal Environmental Research Letters, reports that about 20 million people in Ethiopia currently rely on enset for food.

Researchers say the plant has not been cultivated elsewhere. Its inedible, wild relatives have been spotted growing as far away as South Africa, however, suggesting enset may be able to tolerate other growing regions.

"Expanding the range of cultivation of currently underutilised crops has significant potential to support the diversification and resilience of global agrisystems under climate change," the study's authors wrote.

Researchers say the crop has been limited to Ethiopia due to historical trade routes that were oriented towards Sudan and the Sahara, as well as the Red Sea coast to Arabia where "no suitable conditions exist for enset cultivation."

The study found that enset could feed more than 100 million people over the next four decades and boost food security in Ethiopia and other African countries with suitable environments, including Kenya, Uganda and Rwanda.

Researchers note that climate change is predicted to "seriously affect yields and distributions of major staple crops" across Africa, and say the implementation of enset could help mitigate those impacts.

"Highly flexible and productive species such as enset provide one pathway for improving local food security while minimising cropland expansion and resulting biodiversity loss, particularly because environmental degradation may be highest during periods of acute vulnerability, food insecurity and associated poverty," the study's authors wrote.

However, researchers note there are some barriers to expanding the crop's cultivation.

The first being that Ethiopia currently restricts the international transfer of plant material to protect Indigenous bio resources from inequitable exploitation. Because of this, researchers say enset's expansion outside of Ethiopia would depend on bilateral access and benefit-sharing agreements.

In addition, researchers say the current distribution of enset cultivation is "closely associated with cultural groups who hold the required knowledge."

"This highlights that both knowledge as well as plant material would need to be fairly and equitably shared for successful transfer of enset cultivation," the study says.

The study's authors say local dietary preferences, culture and livelihood systems among different regions are also important factors that need to be considered before expanding enset beyond its current range.

"Whilst this represents a challenge to existing agrisystem and food networks, it is also an opportunity to adopt an improved suite of climate-resilient crops with multiple food security co-benefits," the study says.