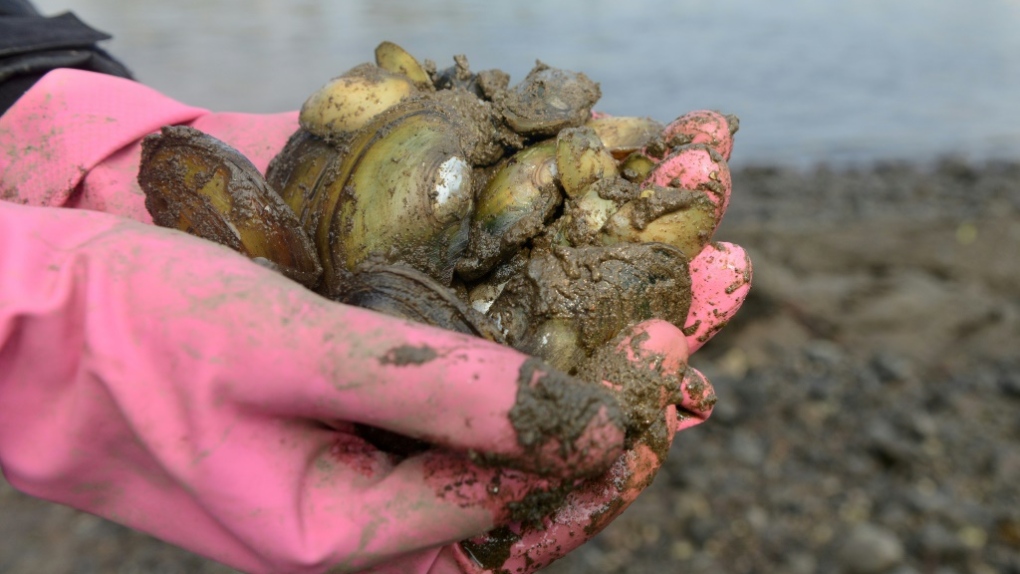 Freshwater mussels play an important role in the food web and are crucial in cleaning rivers and lakes. (AFP)

PARIS, FRANCE -- Conservationists could inadvertently be killing endangered species with kindness by spreading "devastating" diseases and parasites as they relocate populations to protect them, researchers said Monday.

Scientists in Britain looked in particular at efforts to save threatened populations of mussels.

Freshwater mussels play an important role in the food web and in cleaning rivers and lakes, but many species around the world are in decline due to human activity, especially pollution.

The researchers said there is growing interest in shifting mussels to new locations to boost populations, or so they can be used as "biological filters" to improve water quality.

But "moving animals could introduce a disease to a new region, or expose the individuals being moved to a disease that they haven't encountered before," said lead author Joshua Brian, at the Department of Zoology, University of Cambridge.

"People move mussels and other animals around all the time, and they almost never stop to think about parasites or diseases first," he told AFP.

In a study in the journal Conservation Letters, the researchers looked at 419 published reports of mussel relocation and noted a significant increase since the 1990s.

They found only 34 percent of these movements included a period of quarantine.

The authors identified four risk factors for parasite and disease spread: the number of infected individuals and size of the moved population; the density of the population after it is moved, since disease can spread faster through tightly packed groups; immunity levels; and the life cycle of the parasite or disease.

They said that while pathogen spread has not been well studied in mussels, evidence from other species illustrated the risks.

For example, the authors said a pack of wolves moved to Yellowstone National Park died after being exposed to parasites carried by local canines.

Researchers calculated that if a group of 50 mussels were moved from a population where five percent of the population had a particular pathogen, then there was a 92 percent chance that the pathogen would be transported in at least one individual.

"Given translocation sizes can often reach the thousands, there is high scope for moving and spreading even low-abundance pathogens," the study said.

Brian said every animal or plant could be seen as a community of things that live on it -- like viruses, bacteria, worms, ticks -- that are "often invisible, but can have devastating consequences".

"Before large-scale movements of animals occur, there needs to be an effort to understand these communities more," he said.

The report highlighted in particular the risks to mussels of a gonad-eating parasitic worm.

In a complex life cycle that involves mussels and fish, the larval stage of these tiny worms infects the mussel and clones itself, effectively turning the mussel into a "worm factory" and castrating it, said Brian.

Researchers warned in particular of the risk in captive breeding programmes where different mussel populations are brought together.

"It only takes one infected mussel to spread this parasite, which in extreme cases can lead to collapse of an entire population."

The report recommended that species are only relocated when absolutely necessary and conservationists make use of quarantine periods to stop pathogens spreading.