Ancient cities can offer lessons on how to build climate resilience: study

Ancient cities can offer lessons on how to build climate resilience: study 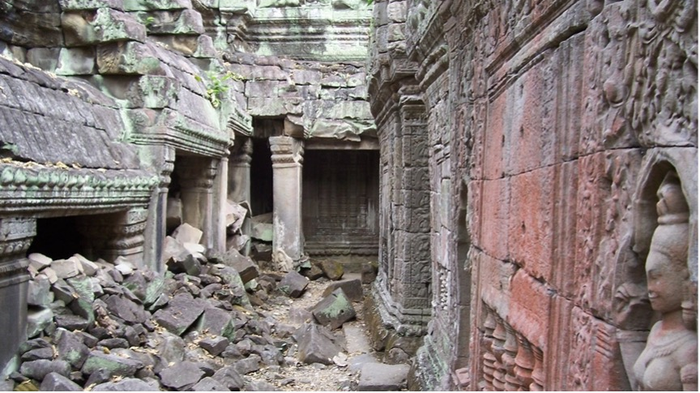 A new study suggests that looking at ancient cities can offer lessons as to how we can adapt to climate change.

Researchers at the University of Sydney and the University of Texas at Austin studied the collapse of ancient Khmer cities in Southeast Asia and Maya cities in Mesoamerica. They published their findings this month in the journal Proceedings of the National Academy of Sciences.

The authors write that the two civilizations had "clear parallels" when it came to land use, settlement types and water management infrastructure. These civilizations featured large-scale conversion of tropical forests into agricultural land, surrounded by reservoirs and canals.

“They created extensive landscapes of terraced and bunded (embanked to control water flow) agricultural fields that acted as massive sinks for water, sediment and nutrients,” said lead author Daniel Penny and associate professor at the University of Sydney, in a news release.

The Khmer Empire encompassed much of modern-day Cambodia, Thailand, Laos and Vietnam between the ninth and 15th centuries. The Maya civilization had existed for thousands of years in present-day Mexico and Central America up until its collapse in the ninth century.

These areas also had a high degree of climate variability. The authors point to archeological evidence of severe episodes of flooding and drought in the areas surrounding both the Maya and Khmer cities. Yet, the ancient infrastructure allowed for "resilient communities that were able to tolerate large climatic shifts."

The settlements that the Maya and the Khmer left behind demonstrate the importance of building climate-resilient infrastructure, with more extreme weather events expected in the future as climate change continues to intensify.

“We often think of these historic events as disasters, but they also have much to teach us about persistence, resilience and continuity in the face of climate variability,” said Penny.