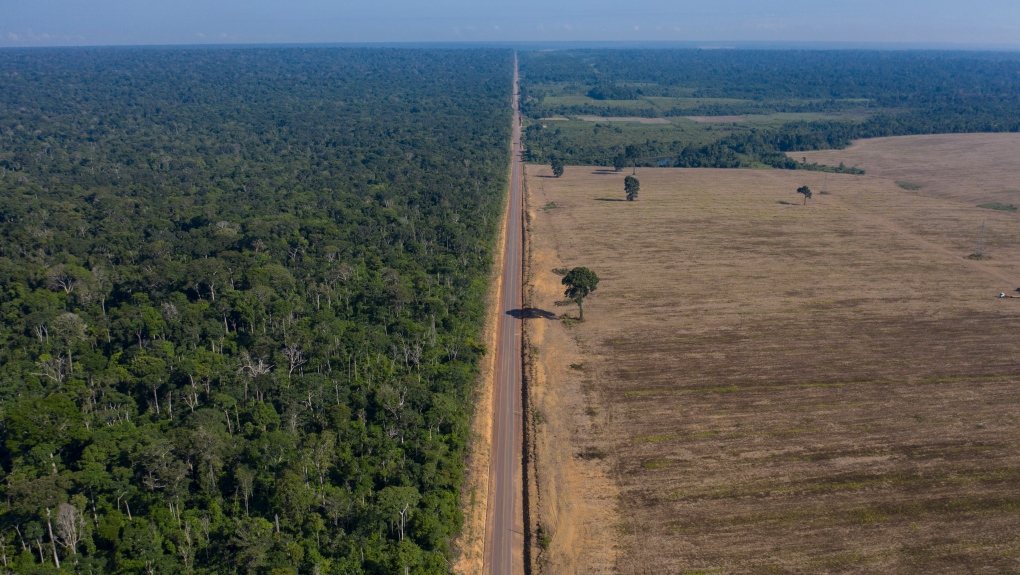 The Amazon region has lost 10 per cent of its native vegetation, mostly tropical rainforest, in almost four decades, an area roughly the size of Texas, a new report says.

The numbers are calculated from an annual satellite monitoring since 1985 from Bolivia, Peru, Ecuador, Colombia, Brazil, Venezuela, Suriname, Guyana and French Guiana. The report is a collaboration between Raisg and MapBiomas, a network of Brazilian non-profits, universities and technology startups.

"The losses have been enormous, virtually irreversible and with no expectation of a turnaround," said a statement Friday by Raisg, a consortium of civil society organizations from the region's countries. "The data signals a yellow light and gives a sense of urgency to the need for a co-ordinated, decisive and compelling international action."

Brazil, which holds about two-thirds of the Amazon, also leads the destruction. In almost four decades, 19% of its rainforest has been destroyed, due mainly to cattle ranching expansion supported by the opening of roads. The country accounted for 84% of all forest destruction in the period.

Almost half of Brazil's carbon emissions comes from deforestation. The destruction is so vast that the eastern Amazon has ceased to be a carbon sink, or absorber, for the Earth and has become a carbon source, according to a study published in 2021 in the journal Nature.

As of 2021, the Amazon had 74 per cent of its area covered by tropical rainforests and 9 per cent of other natural vegetation types. The region, with 8.5 million square kilometres, holds a population of 47 million people, according to Raisg estimates.

"At least some 75 billion metric tons of carbon are stored across the Amazon," Woods Hole Research Center researcher Wayne Walker said during a press conference Friday in Lima, Peru. "If all that carbon ended up immediately in the atmosphere, that would be about seven times global annual emissions."

Q & A with a Russian warfare expert: 'This is not a proxy war'

Justice Minister David Lametti says he will "look at" a federal policy that restricts gay and bisexual men from donating to sperm banks in Canada, after CTV News exclusively reported on Wednesday that a gay man is taking the federal government to court over it.

Six more weeks of winter? Here are the predictions of groundhogs across North America

Will we see six more weeks of winter, or an early spring? Here’s what some of the groundhogs (and one human) have predicted so far, from coast-to-coast.

'Dances With Wolves' actor appears in court in abuse probe

A former 'Dances With Wolves' actor accused of sexually abusing Indigenous girls and leading a cult must remain held without bail until his next court hearing, a judge ordered Thursday morning.

The United States has answered President Volodymyr Zelenskyy's plea for rockets that can strike deep behind the front lines of the nearly year-long conflict with Russia. Now Russian forces will need to adapt or face potentially catastrophic losses.

Former Wagner commander says he is sorry for fighting in Ukraine

A former commander of Russia's Wagner mercenary group who fled to Norway told Reuters he wanted to apologize for fighting in Ukraine and was speaking out to bring the perpetrators of crimes to justice.

The federal government is seeking to delay the extension of assisted dying eligibility to people whose sole condition is a mental disorder until March 17, 2024. Justice Minister David Lametti introduced a bill seeking the extension in the House of Commons on Thursday.