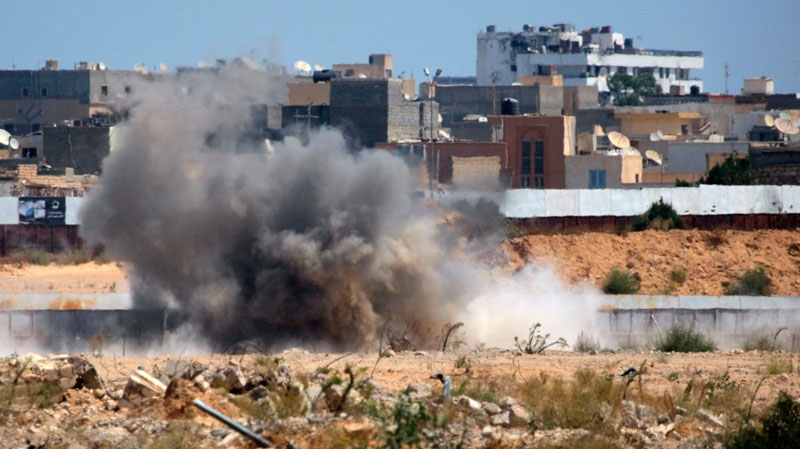 BEIJING - All sides in Libya need to work for political reconciliation and allow the United Nations to play a leading role in rebuilding the conflict-stricken nation, China's Foreign Ministry said.

With the demise of Moammar Gadhafi's regime appearing imminent, Foreign Minister Yang Jiechi told UN Secretary-General Ban Ki-moon that restoring stability in Libya was the most urgent task at hand, the ministry said in a statement viewed on its website on Wednesday.

"The relevant sides in Libya should embark on a tolerant political process and undertake dialogue, negotiations and other peaceful means to promote reconciliation and reconstruction," Yang was quoted as saying in the conversation that took place late Tuesday Beijing time.

The UN should take the lead in post-conflict arrangements, working in concert with the Arab League, African Union and other regional organizations, Yang said.

The fall of the Gadhafi regime leaves China in an awkward position since Beijing abstained from the UN resolution authorizing the use of force to protect civilians and was critical of the NATO-led air campaign in support of the rebels.

China declined to condemn Gadhafi, saying it respected the right of the Libyan people to choose their own future, but gradually opened diplomatic contacts with the rebels' Transitional National Council.

China had been a major Libyan economic partner and evacuated 35,000 of its workers from the country at the start of the conflict.

A total of 26 Chinese companies have taken on $20 billion in business in Libya, mainly in housing and railway construction, oil field services, and telecommunications. Many of those projects were only half finished and the firms are believed to have suffered major losses in equipment and materials.

Earlier in the week, Foreign Ministry spokesman Ma Zhaoxu said China was willing to work with the United Nations on Libyan reconstruction in a sign of government support for Chinese companies in the country.

Commerce Ministry Shen Danyang told reporters Wednesday that the ministry was watching the events unfold and was hoping for a quick return of stability, and was "willing to play a positive role with the international community in the future rebuilding of Libya."