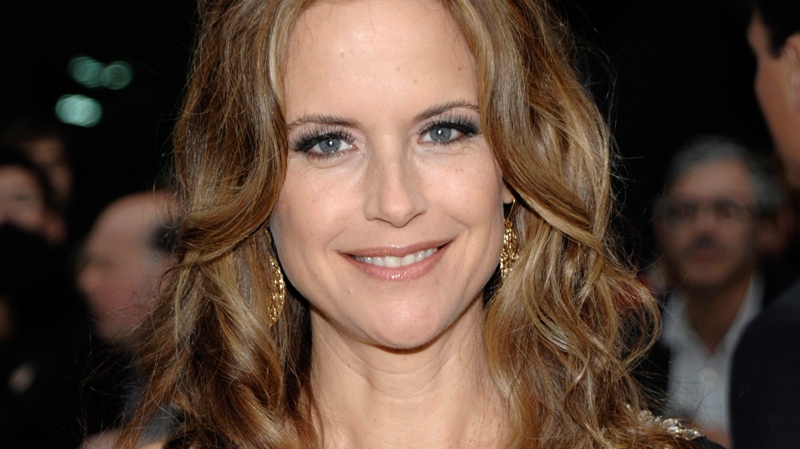 Kelly Preston arrives at the premiere of 'Casino Jack' during the Toronto International Film Festival in Toronto on Thursday, Sept. 16, 2010. (AP / Dan Steinberg)

Charlie Sheen has claimed he had nothing to do with Kelly Preston being shot in 1990.

The former 'Two and a Half Men' actor was engaged to the actress at the time of the incident and while it was widely believed Charlie was responsible, he has now insisted Kelly was the one who caused the gun to fire.

Referring to the incident, Charlie -- who claims he was making coffee at the time -- said: "I thought she was still asleep upstairs. And I heard a f*****g gunshot go off. I thought, 'She did it, she finally f**king did it. She killed herself and they're going to f*****g blame me.'

"I come around the corner and there's naked Kelly Preston at the top of the stairs, holding her wrist, staring at me, covered in blood . and I thought, that's pretty f*****g hot. I didn't, I didn't."

Charlie claims Kelly -- who is now married to John Travolta -- had picked up a pair of trousers which he'd left on the floor, causing a small gun he had in the pocket to fire.

The bullet then hit the toilet before either shrapnel or a piece of porcelain from the toilet ricocheted and struck Kelly's arm and, to this day, Charlie is still amazed by the incident.

Speaking during his 'My Violent Torpedo of Truth/Defeat is Not An Option' live comedy show in Vancouver, Canada, he said: "The oddest moment . when I picked up the phone, I looked at the phone, completely perplexed, and I didn't know whether to call 911 [emergency] or 411 [information]. But for years people thought there was always this conversation, this discussion about the time I tried to kill Kelly Preston."