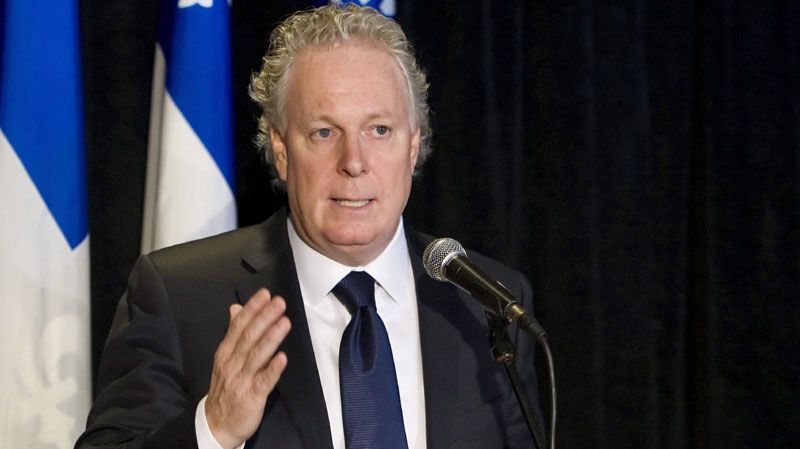 DAVOS, Switzerland - Jean Charest fended off accusations of being a fairweather free-trader in talks with the European Union -- particularly when it comes to lucrative Hydro-Quebec contracts.

Quebec and Ontario have been rebuked in recent months by International Trade Minister Peter Van Loan and other business leaders over their demands for the future Canada-EU trade accord.

They charge the provinces are asking that too many exceptions and exclusions be part of an eventual agreement.

The issue is especially personal for Quebec's premier, who helped spearhead the trade talks in the first place and for whom a Canada-EU trade pact could be a legacy accomplishment.

But Charest told The Canadian Press that he is trying to strike the right balance between opening markets and protecting the role of Hydro-Quebec.

"We've haven't reached the small details of the negotiations," Charest said Wednesday in an interview in Davos, Switzerland, where he is attending the World Economic Forum.

"But what I do know is that I hope Hydro-Quebec can continue to play a role in developing regional economies."

Charest insisted that the public utility and Quebec's liquor board be excluded from a recent deal between Canada and the United States.

Charest insisted that Hydro-Quebec does regular business with foreign suppliers such as Alstom, General Electric and Bauer AG.

Ottawa and Quebec City hope to complete an agreement-in-principle with the EU before the end of 2011. Charest personally helped kickstart the process in Davos five years ago.

"We will make a deal that will benefit Quebec and that will be good for our partner," he said.

"I'm not surprised that the Europeans want to apply pressure to get the most possible."