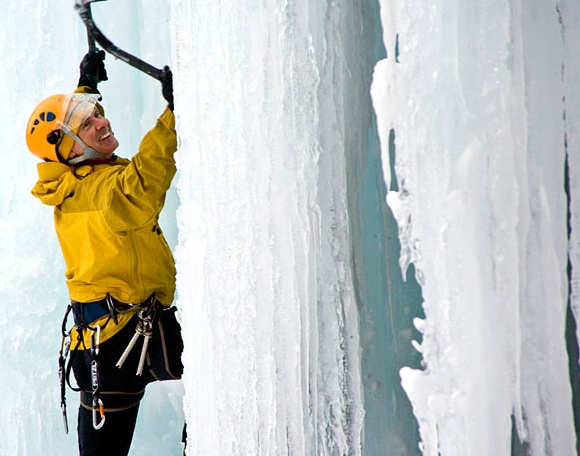 Guy Lacelle is seen in this image courtesy arcteryx.com

BOZEMAN, Mon. - World-class ice climber Guy Lacelle died Thursday when an avalanche swept him off a mountain in southwestern Montana.

The Canadian was climbing a gully when a team above him triggered a small avalanche, said Doug Chabot, director of the Gallatin National Forest Avalanche Center.

"A small pocket of snow pulled out and caught him," Chabot told the Bozeman Daily Chronicle. "It hit him and took him off the cliff, down the ice."

Irvine said Lacelle was a foreman for a tree planting company in British Columbia during the summer and took the winters off to ice climb.

The Hawkesbury, Ontario, native started climbing while earning a physical education degree at the University of Ottawa in the 1970s. The Banff Centre for Mountain Culture said he later led Outward Bound classes and taught at the Yamnuska Mountain School in Canmore, Alberta.

Lacelle is survived by his wife Marge Lachecki.