Yukon College will become the first university in Canada's territories 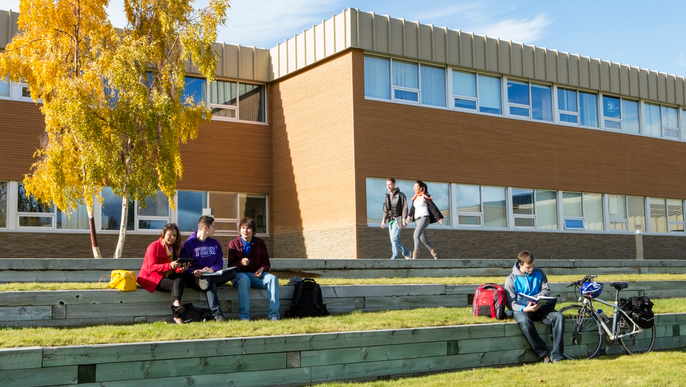 WHITEHORSE -- Canada will finally have its first Arctic university.

This past week, the Yukon legislature passed a bill to make Yukon College a university. It will be an institution with an Indigenous flavour that will make it as unique as the region it is to serve.

"Everybody knows we're moving toward something big and something special," said Tom Ullyett, chairman of the board of governors.

The idea of a northern university has been kicked around since at least 2007 when a survey in all three territories found residents wanted more influence over Arctic research. Northern First Nations have been asking for one for 50 years.

Nunavut and the Northwest Territories have colleges that teach courses toward degrees from southern institutions and have announced plans to broaden their post-secondary offerings.

Yukon College has done the same in science, education and social work and also offers courses towards a bachelor's degree in Indigenous governance.

Once the college is transformed, it will become the first institution in the territories to grant a degree under its own name. Diplomas the first graduates of the governance program get next spring will read "Yukon University."

The institution, which will also offers trades programs, will allow northerners to further their education closer to home. Accessibility is key for the institution, said Ullyett, and its tuition is to remain in the bottom third of comparable southern institutions.

The focus is to remain on the North.

Research is to centre on issues around environmental conservation and sustainable resource development. It will be conducted in a new, $26-million science building funded by Ottawa and currently being designed.

"It's about teaching with northern examples," said Tosh Southwick, in charge of Indigenous engagement. "Every program will have a northern component."

Science programs will have traditional knowledge embedded in them and talk about ravens and moose instead of, say, flamingos and giraffes. Anthropology classes will teach creation stories alongside archeological evidence.

"We have a mandatory graduation requirement that all students must have a foundational understanding of Yukon First Nations," Southwick said.

"If you're going to live and work in the North, you're living and working in the traditional territories of an Indigenous group. It makes sense that you understand that context."

The institution will report to Yukon's 14 First Nations as well as to the territorial legislature. More than one-quarter of its current students are Indigenous.

Graduate studies are down the road, he said.

Yukon College is currently funded by an annual $26-million grant from the territory, as well as a roughly equal amount from tuition, dedicated government funds and third-party grants.

Ullyett acknowledges a university will cost more. How much more is under negotiation.

"We're planning to move ahead in the next couple years with a funding envelope similar to what we have now."

Meanwhile, the future Yukon University will honour the mandate set out in the legislation just passed, Ullyett said.

"It requires us to honour and support reconciliation with First Nations. I don't know of any university that has that, but we have it.