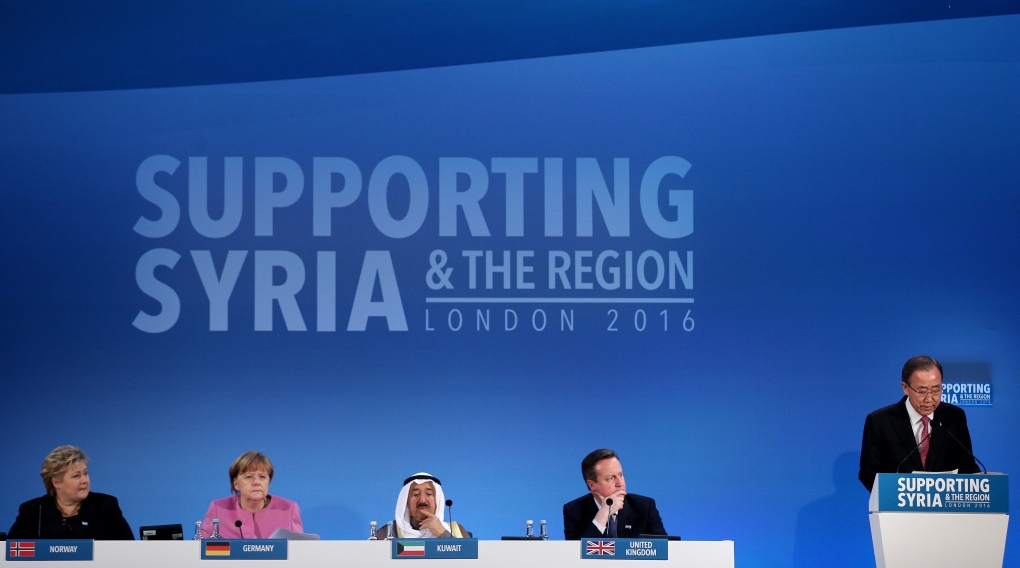 Immigration Minister John McCallum says the world has "taken note" of Canada's leading stance on welcoming Syrian refugees, as Canada joins a 70-nation conference in London to discuss aid for the millions who have been displaced by war.

"The world is watching," McCallum told CTV's Canada AM on Thursday. McCallum said Canada has been setting an example for other countries with its goal of resettling 25,000 Syrian refugees, despite setbacks that have delayed reaching that goal. He added that the federal government has been working with many private companies to raise funds to help Syrian refugees in Canada, even as the country participates in broader fundraising efforts on an international level.

Marie-Claude Bibeau, Canada's minister of international development, is representing Canada at a humanitarian aid conference in London, to discuss job creation and education for millions of Syrians who have been driven out of their country by war. Leaders are also expected to discuss political solutions to help stem the tide of refugees flowing out of Syria, where civil war and the Islamic State have forced many to flee.

The conference is aiming to raise approximately $12.5 billion in Canadian dollars for humanitarian aid.

It's the fourth time leaders have gathered for the conference, but delegates are hoping for better results this time.

Last year, attending countries promised $9.6 billion in aid, but only about 43 per cent of those funds were ever released.

It's not yet known how much Canada will pledge at the conference, if anything at all, to help with the fundraising effort.

In terms of resettling refugees in Canada, McCallum said there are no plans to slow down the planes bringing in more Syrians every week.

"If there's a slowdown in one city we send them to another city," he said, adding that there are "lots of places" that need refugees in Canada.

"Now, the big issue is to find places for them to live, find them jobs, and that is proceeding," McCallum said.

McCallum said it would have been difficult for the Liberal government to stick to their initial resettlement timeline, but he's "glad we decided to do it right and slow it down a little bit."

He also acknowledged some opposition to the resettlement plan, from elements in the U.S. such as Republican presidential candidate Donald Trump, and others in Canada. "There are certainly voices in the United States and even some in Canada who are opposing this, so I think it's good that we taking a leading position and welcoming refugees," he said. "A lot of the world is not welcoming them, so I think it is a good thing we are doing."

Also on Thursday, several aid groups called for Canadian citizens to step up their efforts to help with the Syrian refugee crisis.

The Humanitarian Coalition's Nicolas Moyer said the Canadian government is already doing a great deal to help, but private Canadian sponsors are not contributing nearly as much.