Word by word: Breaking down the throne speech 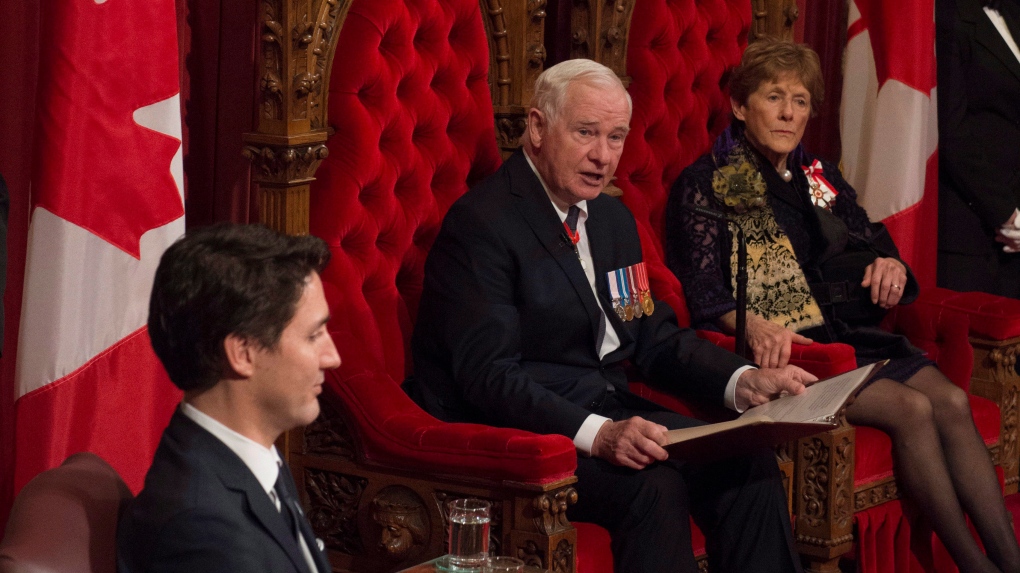 The English-language version of the first throne speech from Justin Trudeau’s Liberal government clocked in at 1,673 words – a light read compared to the 7,149-word tome that Harper handed to the Governor General in 2013.

The speech from the throne delivered Friday – the 148th in Canada’s history – was less than a quarter of the length of Harper’s and took Gov. Gen. David Johnston about 15 minutes to read on Friday.

Looking at word frequency, the top 10 words of the speech were:

And though this speech drastically differed in length from 2013’s speech, many of the same words appeared in the Harper government’s top 10:

The two also had a very similar favourite three-word-phrase that was uttered most often in their speeches:

And according to these quick facts, the Trudeau government’s terse speech was more in line with the 19th-century way of doing things:

Full text of the speech from the throne: http://www.ctvnews.ca/politics/full-text-of-the-throne-speech-1.2687186

Full text of the 2013 speech from the throne: http://www.parl.gc.ca/Parlinfo/Documents/ThroneSpeech/41-2-e.html

The Senate’s “Speech from the Throne” primer: http://sen.parl.gc.ca/portal/infographics/SenCA-infographic-SFT-e.htm