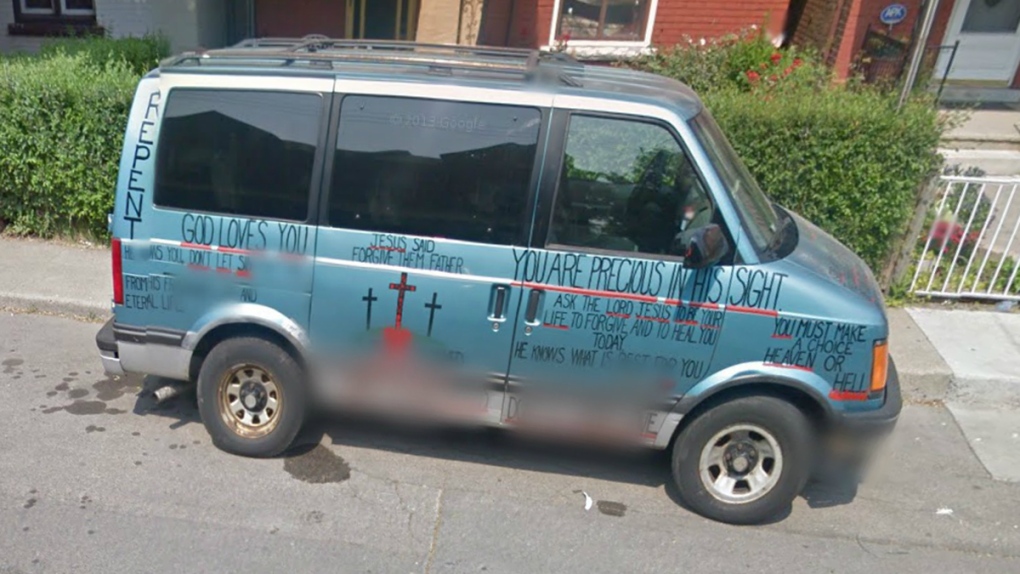 Undated Google Street view image of the van belonging to Peter Wald, who was found dead in his Hamilton home Sept. 17, 2013. (Google Maps)

HAMILTON, Ont. -- A devoutly religious Hamilton woman who kept her husband's decomposing corpse in a bedroom for six months because she was convinced he would come back to life has pleaded guilty to failing to notify authorities of his death from an illness he was not getting treatment for.

Kaling Wald was originally facing criminal charges of neglect of duty regarding a dead body and offering an indignity to a body, which could have carried a sentence of up to five years in jail. Those charges were withdrawn and replaced by a charge under the Coroner's Act.

She received a suspended sentence and 18 months probation with counselling.

A summary read in court for Monday's plea says Wald told police her husband Peter suffered diabetes but refused to seek treatment when his foot became infected, believing God would cure him.

Wald told them he went into a coma sometime in March and died before the end of the month.

According to the summary, Wald said she and her five children -- who are between 11 and 22-years-old -- are devout Christians and "thought Peter would be resurrected and therefore kept the door locked and waited for him to come to life."

She, her children and their seven housemates prayed daily for him to live again.

Wald "locked the door to keep the children out, as well as duct taped the door seams and vents throughout the house to keep the smell out," the Crown's summary reads.

Authorities only learned what had happened in September when they came to evict the couple, who had defaulted on their mortgage, the document says.

The sheriff then "discovered a body present on the bed in a state of decomposition and mummification," it says. "The body was covered with two blankets, had a toque on its head and the feet were observed sticking out from the blankets."

The left foot was also wrapped in gauze, it says.

Police interviewed two of the couple's children and a few roommates and all said they believed Peter Wald would be resurrected.