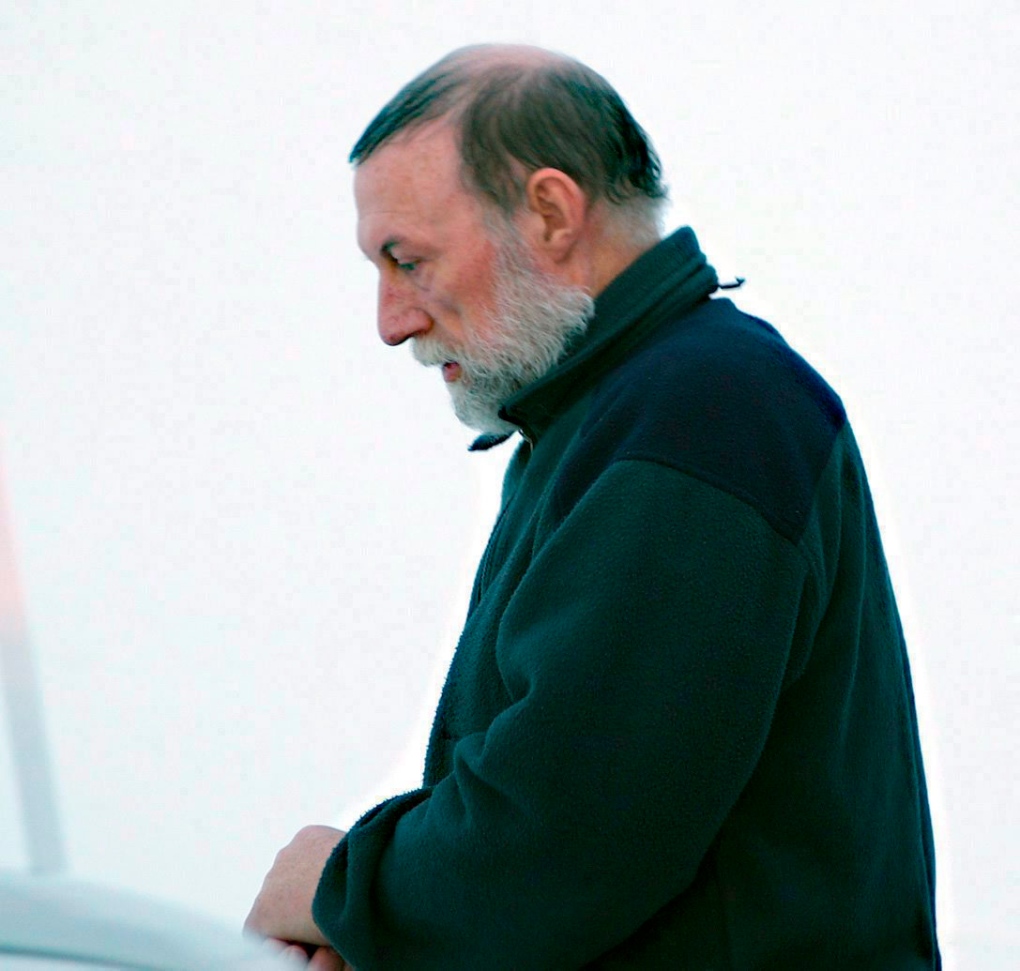 IQALUIT, Nunavut -- A witness at the trial of a priest facing dozens of sexual abuse charges involving Inuit children testified Monday that the girls in her community were forced to devise a foul way to stop him.

CAUTION: GRAPHIC CONTENT FOLLOWS AND MAY DISTURB SOME READERS.

The woman, who can't be named under a court order, told a pin-drop silent courtroom that the only thing the girls could think of to fend off Eric Dejaeger was to empty their bowels while he attacked them.

Many, court heard Monday, were unsuccessful at preventing his attacks.

One woman told court how, when she was a little girl, Dejaeger taped her feet and right hand to the bed frame in his room and sodomized her. Court heard the priest forced a group of children to watch him having sex with his large dog.

Another man said he was a young boy when Dejaeger forced him to perform oral sex -- then struck him for doing it.

Witnesses leaving court after their testimony could be heard in the room outside howling wordlessly in grief and pain.

The trial in Iqaluit, Nunavut, started with Dejaeger pleading guilty to eight counts of indecent assault. Testimony began on the remaining 69 charges he faces, including sexual abuse, indecent assault, making threats and confinement.

The first witness described her home town of Igloolik, Nunavut, as a friendly place between 1978 and 1982. She said it was common for children to gather at the Catholic church, where they had room to play and were given crayons and pictures to colour.

When Dejaeger first arrived in 1978, he was "normal," said the witness, who was five at the time.

But one day, he grabbed her, sat her on her lap and spread his legs. He reached inside her pants and underwear and fondled her, she said.

Days later, she said, Dejaeger grabbed her and hauled her upstairs to a separate room that had a small bed. She said Dejaeger threw her on the bed and tried to rape her. She tried to hold him off with her hands, but he was too strong.

"I was crying," she said. "I didn't know how to stop him. He was really strong. I was trying to think of any way I could to make him stop."

She said she got him to stop by defecating on him.

She said Dejaeger called her disgusting and took her down to a nearby river that was still largely frozen. He stuck her in the water, where she was later found by a friend, she said.

The woman went on to describe another assault in which Dejaeger grabbed one of her friends and began taking her to the same room. The woman said she tried to get her friend away, but Dejaeger took them both upstairs.

She said she was forced to watch as Dejaeger dropped his pants, grabbed her friend by the hair and pushed her face into his groin.

Dejaeger never touched her again, the witness said. Sometimes he gave her candy. He would call her "kuluk" -- Inuktitut for "beautiful."

He warned the girls not to tell anyone what had happened. If they did: "We were going to be taken away and we would never see our parents again."

The girls talked about how to defend themselves against Dejaeger, the witness told Judge Robert Kilpatrick, who is hearing the case without a jury.

Nobody came up with a better plan than she had -- defecating on him.

She testified that she had received out-of-court payments from the Catholic church totalling about $56,000. The payments came with a warning to remain silent, she said.

The woman who testified she was taped to the bed said the attack began innocently enough -- Dejaeger asked her to fetch something from his bedroom.

When she got there, however, the priest was waiting.

The witness, who was nine or 10 at the time, said he patted the bed beside him and invited her to sit. When she did, he began rubbing her body, she said. The tape then came out and the assault followed.

"When he was finished with me, he slapped me," she said. "That was his way of indicating I'm not supposed to repeat this."

Dejaeger left her and she scraped her arms escaping from the tape, she said. They became infected and she still bears the scars.

Dejaeger was originally charged in 1995 with three counts of indecent assault and three counts of buggery, a charge no longer in the Criminal Code. But he left the country and returned to his homeland of Belgium before his court appearance.

Belgian officials sent him back in 2011 when they discovered he was living there illegally.

The number of counts against Dejaeger didn't balloon until the late 1990s, when more alleged victims from Igloolik began coming forward. New charges were still being laid after his return to Canada and stood at 76. Yet another one was added as the trial began Monday.

A total of 26 witnesses from Igloolik are expected to take the stand.

The trial has been scheduled for six weeks.