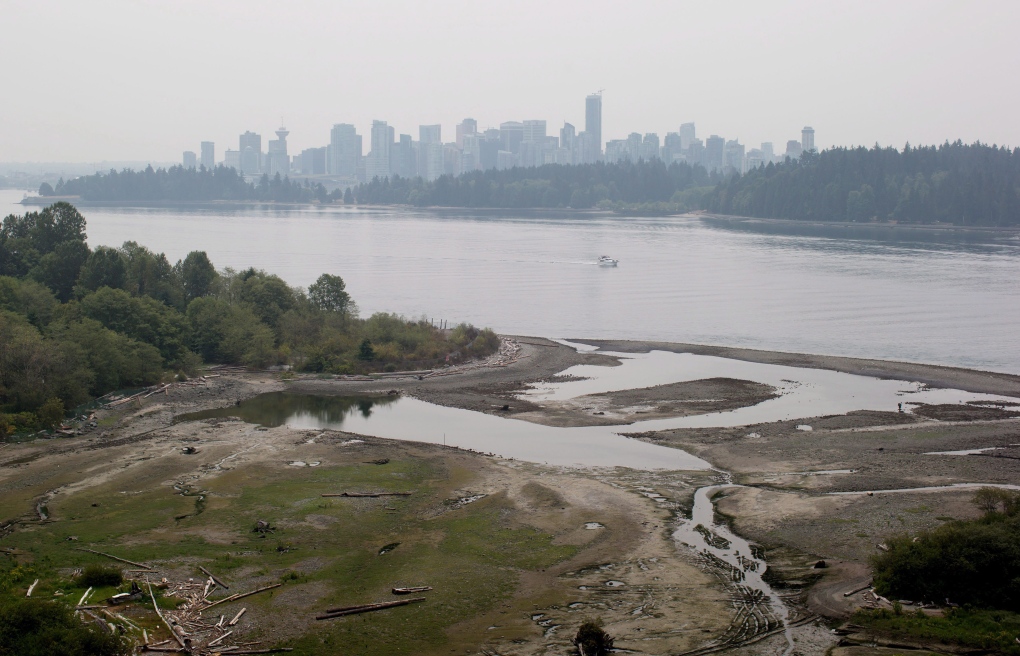 A boat travels out of Burrard Inlet as smoke from wildfires across the province fills the air in Vancouver, B.C., on Monday, July 6, 2015. (The Canadian Press/Darryl Dyck)

"We had a very busy fire year," said director of fire management Jeff Weir. "We had more wildfires than normal and those fires burned larger areas than normal."

The agency's annual fire report recorded 122 wildfires in 2015 that burned through 4,600 square kilometres -- seven times the area of the city of Toronto.

The yearly average is 82, and, in 2014, the amount of park land burned in non-prescribed fires was 3,000 square kilometres.

Most of the damage in 2015 occurred in a single park. Fire licked through 3,700 square kilometres of Wood Buffalo on the boundary between Alberta and the Northwest Territories.

Parks Canada reserves about $8 million a year to fight fires. Any money not spent is rolled into a reserve to be used in busy seasons.

Lightning strikes on tinder-dry forests made 2015 the third big fire year in a row. Firefighting cost $14 million last summer and the reserve is pretty much depleted, Weir said.

"That means that next year we'll get our $8-million allocation and, if we exceed that, we will have to look at other funding sources within Parks Canada to cover the cost.

If it becomes necessary, the money would probably come from funds earmarked for other ecological restoration projects, Weir suggested.

Climate scientists have predicted that busier fire seasons will be one consequence of global warming and that will affect the parks as well, Weir said.

"If climate change is going to result in longer and drier summers ... we're going to have a longer fire season, which will result in more ignitions and larger fires. Climate change is likely to increase our fire load across Canada."

Parks Canada also set a record for prescribed burns in 2015 -- fires set and controlled by staff to duplicate a forest's natural cycle of burn and rejuvenation. The agency set 28 such fires in 12 national parks, from Waterton Lakes in southwestern Alberta to Louisbourg in Nova Scotia.

Weir said Parks Canada's goal is to set prescribed burns at 20 per cent of the natural rate. That means if a forest would naturally burn once every 60 years, the agency would burn it at a rate equivalent to once every 300 years.

Parks Canada began to move away from all-out fire supression and towards prescribed burns in the mid-1980s. It's now a world leader in such efforts, Weir added.

"We have 30 years of experience in natural environment restoration and maintenance. We've become global leaders in how we do that."