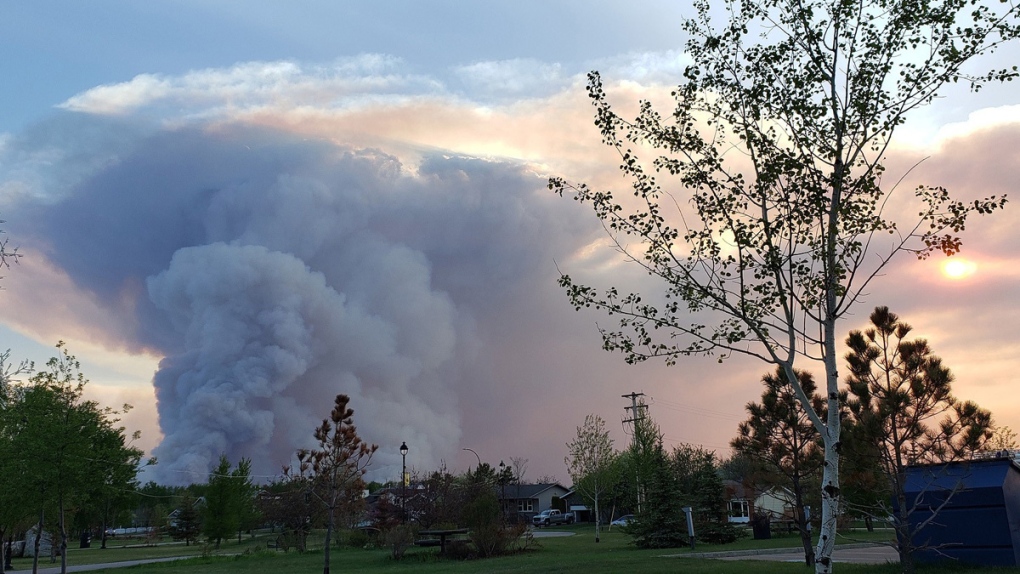 Smoke column rises from the Town of High Level, Alberta, on May 21, 2019. (THE CANADIAN PRESS / HO-Government of Alberta)

EDMONTON -- A wildfire that threatened remote communities in north-central Alberta and torched 2,730 square kilometres of forest was deliberately set.

RCMP and Alberta government investigators have determined the McMillan wildfire started as a result of arson.

The wildfire began near the community of Wabasca on May 18 and grew to the point where it forced the evacuation of Wabasca and Peerless Trout First Nation.

It took until July 1 for firefighters to get the massive blaze under control.

Mounties and the government say they are looking for witnesses who may have seen an arsonist who started the wildfire.

Devin Dreeshen, minister of agriculture and forestry, says a reward is offered for information that leads to an arrest.

"The safety of Albertans is our top priority in fighting wildfires," Dreeshen said in a release Tuesday.

"To the families affected by this wildfire who were evacuated, and to the forest industry who suffered losses, we will find the person responsible for the McMillian wildfire."

Since March 1, the Alberta government says it recorded 982 wildfires in its Forest Protection Area that burned a total of 8,834 square kilometres of trees and bush.

This report by The Canadian Press was first published Oct. 22, 2019.