Why your child support payments may be adjusted, starting Wednesday 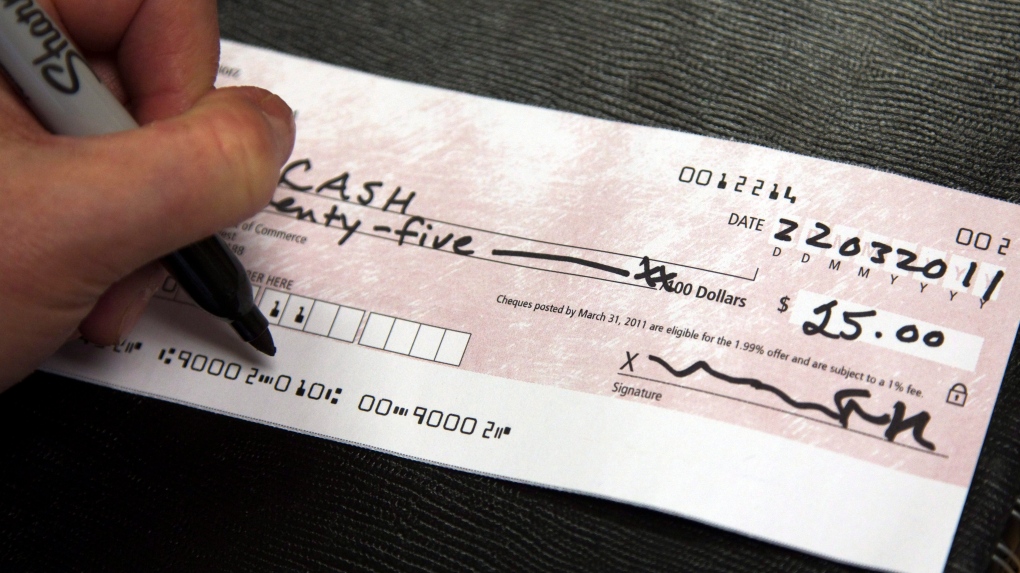 A man is seen writing a cheque in this 2011 file photo. (Ryan Remiorz/THE CANADIAN PRESS)

If you pay or receive child support, you may see the monthly amounts change now that the Department of Justice has updated the federal child support tables.

The federal adjustments could mean an increase or a decrease in child support payments, depending on which province you live in, your child custody agreement and any relevant personal circumstances.

For example, someone who lives in British Columbia, has an annual income of $50,000 and pays child support for two kids will see their monthly payments go up to $781 from $758 – a $23 difference.

But every case is different and some people may not see a change at all, Hardwick said.

She also added that child support payment adjustments won’t be automatic. They should be made as part of custody and support agreements between the two parties in each case, she said.

“Just be mindful of the fact that (the federal tables) have changed,” Hardwick told CTVNews.ca.

“Child support is the right of the child, (and) you have a legal obligation to be paying child support based upon your actual income.”

The Department of Justice has an online calculator for child support payments. The government also urges people to read its federal child support guidelines.