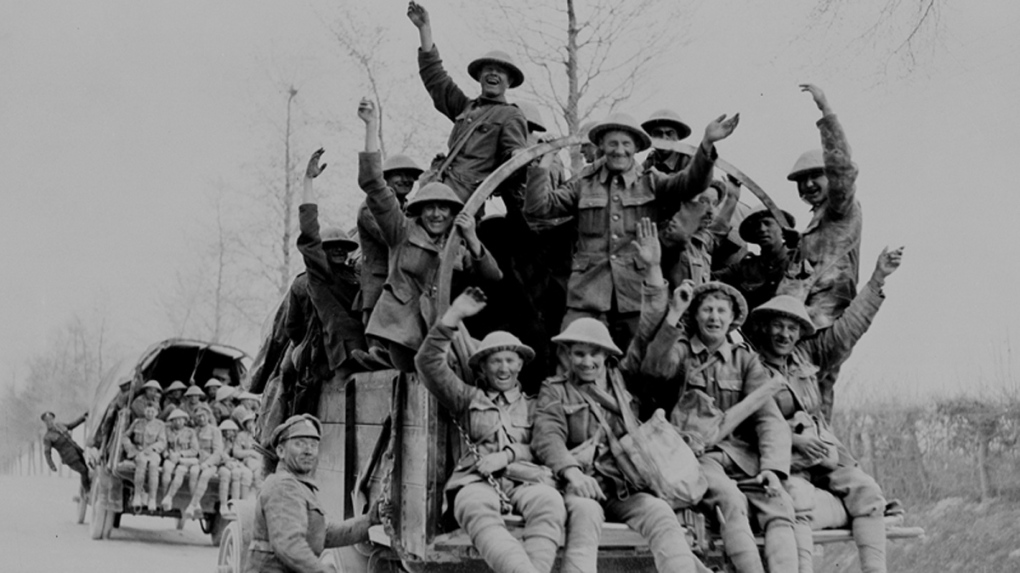 For many historians, Canada truly came together as a nation in April 1917, when our troops sacrificed lives and limbs to win the Battle of Vimy Ridge in northern France.

A hundred years later, Vimy Ridge is still a powerful symbol of Canadian identity and an important part of history lessons in schools across the country.

“The taking of this ridge, the success of this battle, was something that no other country was able to do. So there was really a pride attached to this victory,” Jeremy Diamond, the executive director of the Vimy Foundation, told CTVNews.ca in a telephone interview.

“And the world, for the first time, noticed Canada and what Canadians can do…At that point, 100 hundred years ago, we were very much British subjects in many people’s eyes and around the world.”

The Canadian Corps’ success at Vimy allowed our troops to finally emerge from Britain’s shadow.

The Canadians stormed the seven-kilometre ridge in the early morning of April 9, 1917, overrunning German troops along the front. They kept moving forward under heavy fire and captured the ridge in four days.

The victory at Vimy came at a devastating cost. More than 10,600 Canadian soldiers were killed and wounded.

Tim Cook, an author and military historian at the Canadian War Museum, called it “true decimation.”

At the time, the Canadian Corps had 100,000 troops, which meant that one in 10 soldiers was either killed or injured at Vimy.

In his latest book, “Vimy: The Battle and the Legend,” Cook writes that the battle was “the most carefully planned operation” the Canadians fought during the First World War.

The Canadian Corps employed new infantry and artillery tactics, but it took “courage and endurance” to win.

“The Corps victory solidified its reputation among allies and opponents as an elite fighting force,” Cook wrote in his book.

While the battle was a tactical victory, it was not a strategic one, since the war continued for another 19 months, Cook said in a telephone interview with CTVNews.ca. But the legend of Vimy grew as time went on.

“I think Vimy, over time, has become more than a battle…it seems to have become this need to mark sacrifice and loss,” he said.

Because Vimy marked the first time all four Canadian divisions fought together, “it left an indelible impact on communities across the country,” Diamond said.

Since soldiers from all corners of the country fought in the battle, most Canadians had links to families affected by the Vimy losses and sacrifices, he added.

A century later, it is now up to Canadian youth to keep the memory of Vimy alive, Diamond said.

“It’s theirs and our responsibility to make sure these stories and these experiences never die,” he said. “We don’t have First World War veterans anymore. There’s no one living in the world that fought in the First World War.”

“In Canada, we’re not great traditionally in telling our own stories and knowing enough about our history,” he said. “And centennials and anniversaries like this are a great opportunity to get this information out there.”

The Vimy Foundation is encouraging all Canadians who are able to travel to France to visit the Canadian National Vimy Memorial, located about 175 kilometres north of Paris. Commemorative events will also be held at the National War Memorial in Ottawa and in cities across Canada.