Where are Syrian refugees settling in Canada? 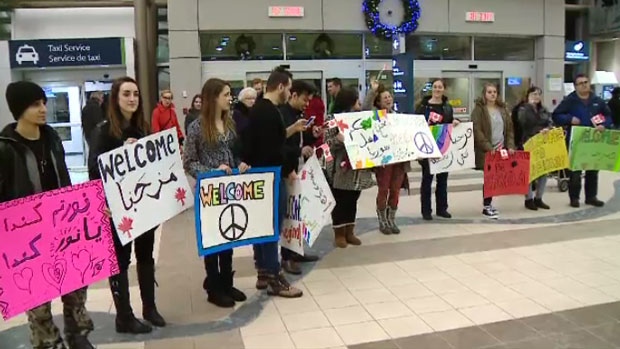 Canada’s immigration levels are set to reach record numbers this year, in part due to the Syrian refugee crisis.

Last year Canada opened its doors to refugees affected by the ongoing conflict in Syria, which has been called one of the worst humanitarian crises in the world.

The UN has estimated that in five years, the Syrian conflict has driven more than 4.8 million refugees to neighbouring countries, hundreds of thousands in Europe, and displaced 6.6 million people inside Syria against a pre-war population of over 20 million.

And nearly a year after Canada proposed the #WelcomeRefugees initiative; the ambitious goals are being met.

Between November 2015 and July 2016 almost 30,000 Syrian refugees have come to Canada through government and private sponsorship.

Government data breaks down refugee re-settlement by province and age. For example, over 40 per cent of all the Syrian refugees (12,377) settled in Ontario, half of which were children and Alberta took in almost 4,000 refugees, 52 per cent were under the age of 18.

Today, over 31,919 Syrian refugees have arrived in Canada; with thousands more still to be processed.

McCallum has recently said he wants to boost immigration levels, which means Syrian refugees will likely be a part of the plan.