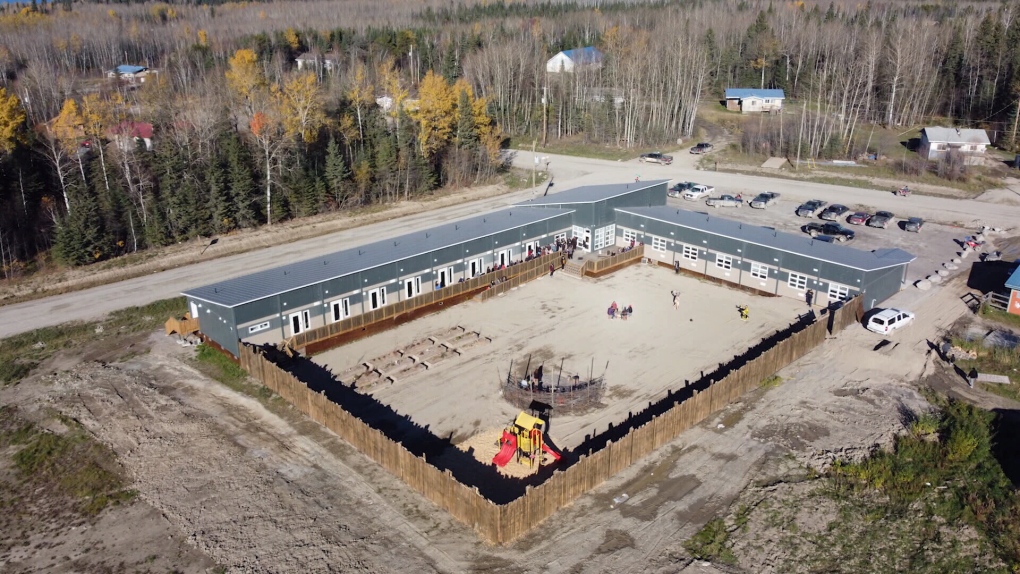 A northern Ontario First Nation has opened up a new safe house designed to help its residents heal from abusive and dangerous situations.

TORONTO -- A northern Ontario First Nation has opened up a new safe house designed to help its residents heal from abusive and dangerous situations.

Pikangikum First Nation, a remote community about 230 kilometres north of Kenora, Ont., recently opened the Pikangikum Community Safe House, a multi-unit facility designed to help those in the community with nowhere else to go.

“We're very excited to have a place like this in our community to help our members,” Jonah Strang, deputy chief of the Pikangikum First Nation, told CTV News.

"It should help out the families that usually have problems at home."

Pikangikum First Nation was once known as having some of the highest suicide rates in the world.

In 2000, British sociologist Colin Samson said the suicide rate in the community had gone “through the roof” after reaching an eight-year average of 213 suicides per 100,000 people. At the time, Samson proclaimed that Pikangikum First Nation likely had the highest suicide rate in the world.

Alcohol abuse remains a serious issue in the community of about 4,000 residents and a lack of housing has led to fewer safe spaces for people looking to escape a potentially dangerous situation.

"We have multi-generational families that live within one home,” said Vernon Kejick, a victims' services advocate in Pikangikum First Nation.

Kejick is largely considered a key player in seeing the project through and ensuring it’s completed.

"I felt that it was my purpose to bring a facility like this into this community,” he said.

The new safe house can hold up to eight families and also contains a seven-suite hotel, which will help provide mental health workers with a place to stay.

"It's so accommodating,” said Jojo Alfonso, a teacher in the community. “It's perfect. It's what this community needs."

Building the safe house was no easy task and took several years to complete. The multi-million dollar project relied on ice roads to transport equipment and materials into the community.

"It was a mad rush before the winter road went out to try to get the facility in,” Kejick said.

MCM Architects Inc., designers of the safe house, said the facility will “provide safe and secure shelter, emotional relief and culturally appropriate services for individuals in the community seeking to escape violence or abuse.”

“The Safe House will be committed to assisting victims of abuse; women and their children in the difficult transition from an abusive and violent domestic environment to a positive, independent, and non-violent lifestyle,” the company said. “The facility would primarily offer safe, temporary shelter with access to support services for women, children, elders (and) LGBTQ who are victims of the many facets of family violence.”