What next after Yukon election ends in tie? It could come down to drawing lots 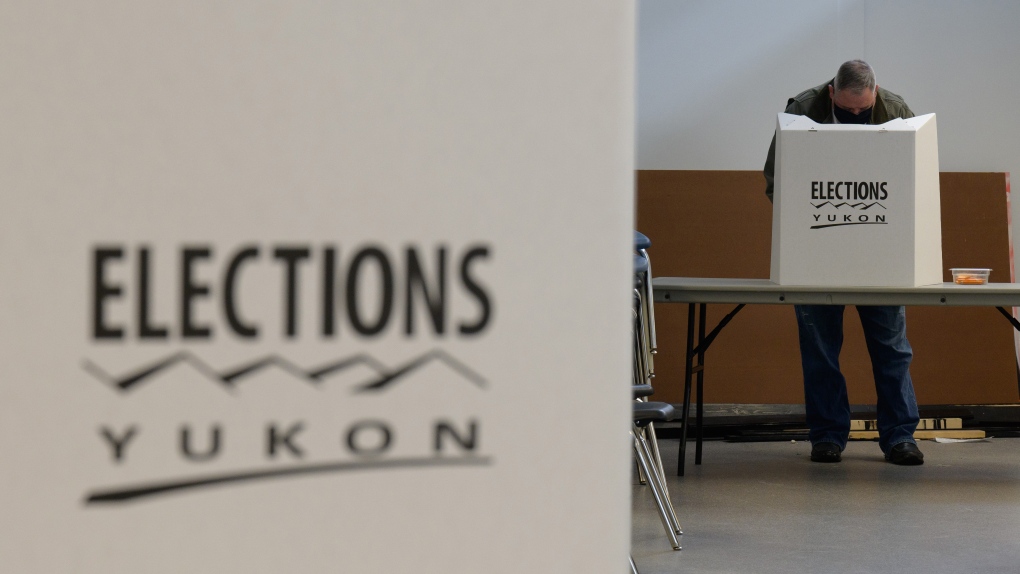 A voter is shown at a Whitehorse polling station during the Yukon election on Monday April 12, 2021. (THE CANADIAN PRESS / Mark Kelly)

The Yukon territorial election ended in a tie Monday night with the Liberals seemingly headed toward a minority government.

The Liberal and Yukon parties sit at eight seats each and the NDP has two. Ten seats are needed to win a majority.

But the riding of Vuntut Gwitchin, or Old Crow, sits locked in a tie between Pauline Frost, who was a Liberal cabinet minister, and the NDP's Annie Blake. Elections Yukon has said a recount is to be held Thursday.

If the race is still tied after the recount, Yukon's Elections Act says the winner will be determined by a draw.

But what would a minority government mean in Yukon? And how could the results of the recount affect that outcome?

Here's a look at what happens next:

Who will be Yukon's premier?

Dan Cable, clerk of the Yukon legislative assembly, says even if the NDP wins the recount Thursday in Vuntut Gwitchin, incumbent premier and Liberal Leader Sandy Silver still has the first shot at forming government.

"If there's no clear winner ... the offer is made to the incumbent party first ... (to) form a government," Cable said.

If the Liberals were to win the recount, they would be able to form a minority government of nine seats in the 19-seat legislature, and would need the support of non-Liberal members to move forward with their agenda.

"It's early days and we still haven't settled the election yet," Cable said.

This is expected to happen Thursday.

If ballot counters find an error during the recount, then a winner is declared.

"It all rides on Old Crow at this point," Cable said.

What happens if Vuntut Gwitchin stays tied after the recount?

If the tie remains, Cable said, then the Elections Act says a "drawing of lots" must take place before a judge.

That means putting the names of both candidates into anything from a hat to a coffee mug and pulling one out to determine the winner.

"It is a strange thing. It's not frequent that it happens in Canada, but it does," Cable said.

Has this happened before?

This isn't the first time such a tie has happened in Yukon's history. It happened in the same riding back in 1996, said Cable.

A vote held on Sept. 30 that year resulted in a tie between the NDP's Robert Bruce and the Yukon Party's Esau Schafer. A draw was held and Bruce was declared the winner.

"They essentially drew a name out of a coffee cup, from my recollection," Cable said.

How does it work in Canada's other territories?

Yukon is the only one of Canada's three territorial governments that has a party system.

The Northwest Territories and Nunavut have consensus-based governments, which means members of the legislative assembly are elected as independent candidates in their constituencies. Once elected, members vote to select the Speaker, premier and cabinet ministers.

But, Cable said, a tied vote could happen anywhere in the country.

-- With files from Nick Wells in Vancouver