Wet'suwet'en agree to deal with government over rights and title 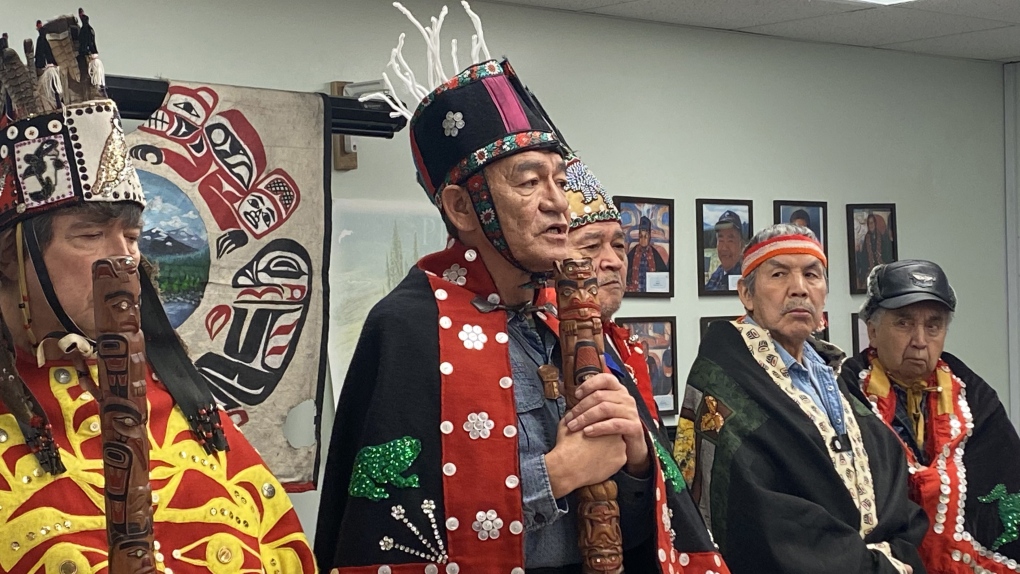 Na'moks held a press conference in Smithers, B.C., Tuesday, Jan.7, 2020, on the one-year anniversary of RCMP enforcement of an injunction granted to Coastal GasLink. THE CANADIAN PRESS/Amy Smart

SMITHERS, B.C. -- Hereditary chiefs who oppose a natural gas pipeline in northern British Columbia say they will sign an agreement with the federal and provincial governments that affirms their title and rights.

At the centre of the dispute is Wet'suwet'en opposition to the construction of the Coastal GasLink pipeline through their territory, which set off demonstrations and blockades that shut down large parts of the national economy in February.

A joint statement from the governments and Wet'suwet'en chiefs says they remain committed to implementing the rights and title of the First Nation through the memorandum of understanding.

No details of the memorandum, which was reached in February, have been released.

The statement says there's a lot of work ahead in the negotiation process, including how the three governments will work together.

This report by The Canadian Press was first published April 30, 2020.