WestJet passenger must pay $21,261 after causing a disturbance 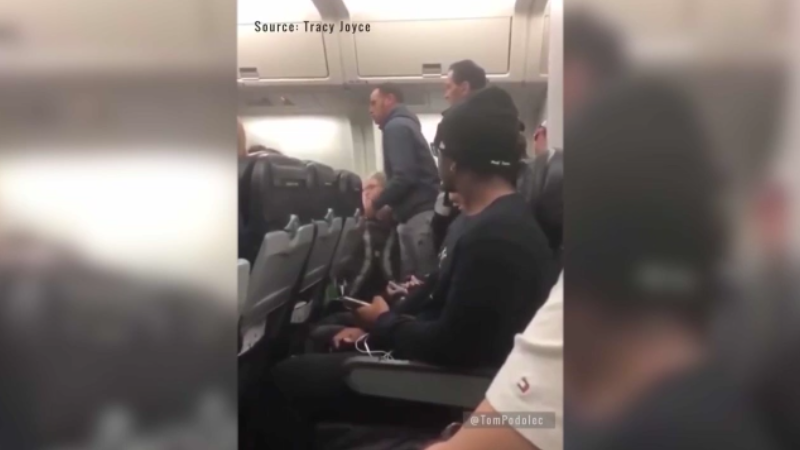 Calgary police and CBSA agents escorted David Young off the plane in Calgary on Jan. 4, 2019.

A U.K. man who forced a WestJet flight to dump fuel and return to Calgary after he drank alcohol and caused a disturbance was ordered Tuesday to pay $21,261 to the airline.

That figure represents the total cost of the fuel that was used and disposed of as a result of the man’s actions on Jan. 4, federal prosecutor Lori Ibrus told CTV Calgary.

According to an agreed statement of facts, 44-year-old David Stephen Young left his seat to use the washroom just after takeoff on the London-bound flight.

After using the washroom, Young yelled at the passenger who had tried to stop him, prompting an altercation that left flight attendants and passengers “shaken.”

The flight returned to Calgary, where Young was charged with causing a disturbance, criminal harassment, assaulting a police officer and other charges.

He spent seven days in custody. Young apologized for his “disgusting” behaviour, and pleaded guilty to the charges.

His attorney said he is a recovering alcoholic and that he has been attending Alcoholics Anonymous meetings since the incident.