'We were all in tears': Homeless man donates $10K to Thunder Bay shelter 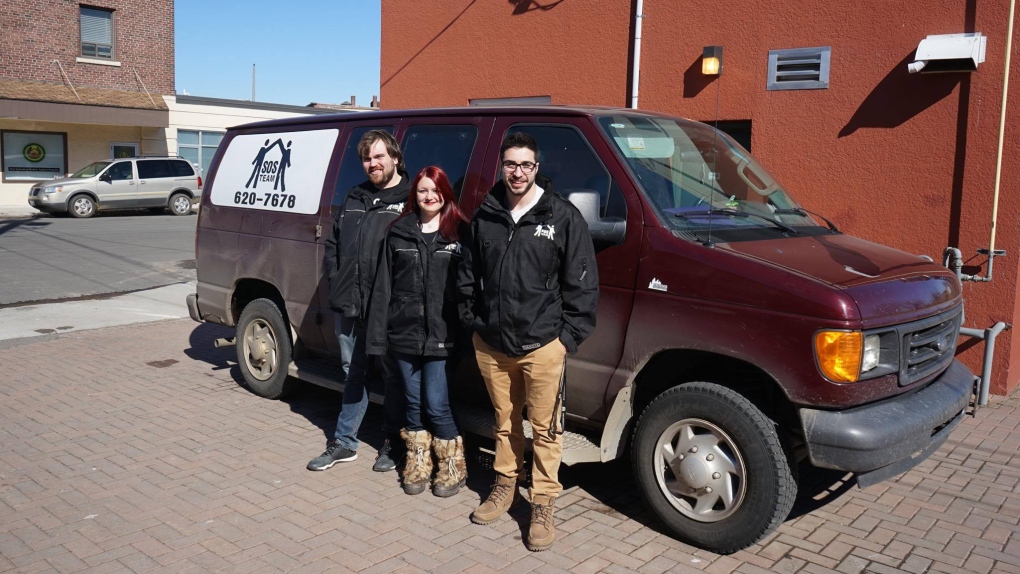 Workers of Shelter House's Street Outreach Services pose for a photograph in front of the charity's van. (Alexandra Calderon)

A homeless man in Thunder Bay, Ont. is inspiring his community to give back after he donated $10,000 of his residential school settlement money to a shelter’s charity outreach program.

The man gave the generous gift to the organization a couple of weeks ago but Shelter House only chose to announce the news on the weekend, Alexandra Calderon, the development officer at the shelter, told CTVNews.ca in a phone interview on Monday.

Calderon said the man, who wishes to remain anonymous, arrived at her office with a support worker and a $10,000 cheque to be used for the charity’s Street Outreach Services (SOS), which was temporarily suspended in March because of financial strain.

“I actually thought I had misread the cheque,” she recalled. “I was floored. The support worker actually had tears in her eyes!”

The anonymous donor, who has been homeless for more than 10 years, adamantly refused Calderon’s attempts to return the cheque and told her that he wanted to make sure his friends are safe, she said.

“He has a personal relationship with a lot of his friends who live at the shelter or who live at our managed alcohol program so he wanted to make sure that there was someone that they could call when they needed help,” she said.

Calderon said the donor said he was encouraged by the call to action by David Paul Achneepineskum, the CEO of Matawa First Nation, who recently asked the community to step in and help save the SOS program. The man said he felt “proud” to be able to make the donation, Calderon said.

“We kept saying how grateful we were and we were all in tears and he started crying,” she said. “It was one of the most amazing moments of my life. It was surreal.”

The SOS program provides water, blankets and transportation services to at-risk members of the community.

Calderon said it runs from 2 p.m. to 2 a.m. and involves two outreach workers visiting known encampments or parties to ensure people there are safe.

She said they also help defuse tense encounters with police and shuttle clients to and from the hospital.

Because of a lack of funding, the charity is only providing the SOS program for six months in the winter. They have received money from the City of Thunder Bay and the Thunder Bay District Social Services Administration Board but it’s not enough to keep the program running all year.

Calderon said they’re hoping to raise $200,000 so they can offer it year-round. She said they’ve already raised approximately $100,000 of their target amount. She said she hopes the man’s gift will inspire others to give to the program as well so they can restart the program before the fall.

Calderon said everyone she’s told about the man’s donation has been touched by his selflessness and that she thinks his gesture is “moving” the entire community.

“Anyone I ran into and told about it had tears in their eyes,” she said. “One woman just started crying, she was so moved by it.”