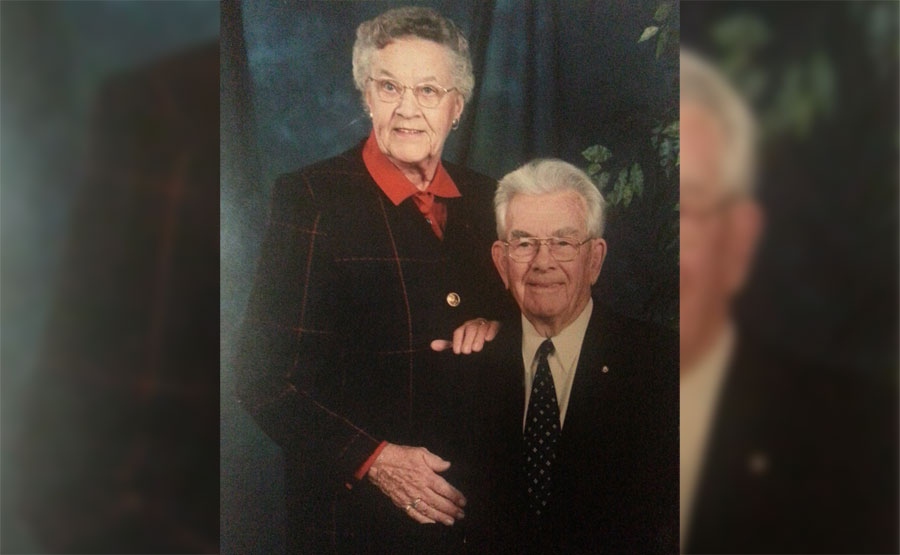 LIVERPOOL, N.S. -- In a time in which many marriages don't last, a Nova Scotia couple who met as teenagers in 1932 are being honoured as one of Canada's longest couples.

Bill and Bertie Nickerson have been married 80 years and still live in the same brick house in Liverpool, N.S., he had built for them following their wedding in 1935.

"We've agreed and got along with each other and we've been doing fine. He hasn't kicked me out yet and I haven't kicked him out, so we're sticking together," Bertie said Monday.

They met by chance. Bill had a friend who was going from his hometown of Liverpool to nearby Milton to visit Bertie's older sister and encouraged Bill to tag along.

Bertie said it turned into a blind date.

"He got stuck with me, she said. "He was a young man and full of mischief."

They dated for three years because 15-year-old Bertie said she wouldn't get married until she turned 18 and graduated high school.

Bill -- who was sick Monday and unavailable for an interview -- recently told the Queen's County Advance newspaper that it was love at first sight for him. "It was like heaven. Something went over me that I can't explain," he said.

Bill worked much of his life at the nearby paper mill, while Bertie was a nurse.

Their grand-daughter, Kerri Nickerson, nominated the couple in a contest run by Worldwide Marriage Encounter -- a Catholic organization that promotes healthy marriages, although it recognizes only those between a man and a woman.

"The Longest Married Couple project was created to highlight the value of marriage and to show the world that marriage really can go the distance," spokesperson Ana Lilian said in a statement.

The Nickersons were the longest married couple among those nominated across Canada for 2015.

Kerri Nickerson says her grandparents have always been in love and often refer to each other as boyfriend and girlfriend.

"I think they've been very open and honest with each other," Kerri said.

She said the couple has gotten a lot of support from friends and family, and in return have set an example to follow.

"They have the old-fashioned morals," she said.

Bertie said she and Bill liked travelling and raising their two sons. They have four grandchildren and two great-granddaughters.

These days she says they are housebound.

"He looks at me and says I'm so glad you're here," Bertie said.

She said the doctor has said the couple should be in a nursing home, but they won't hear of it.

"We're content where we are, and we're going to stay here," she said.