Warning of potential rolling blackouts ahead of cold snap in Newfoundland 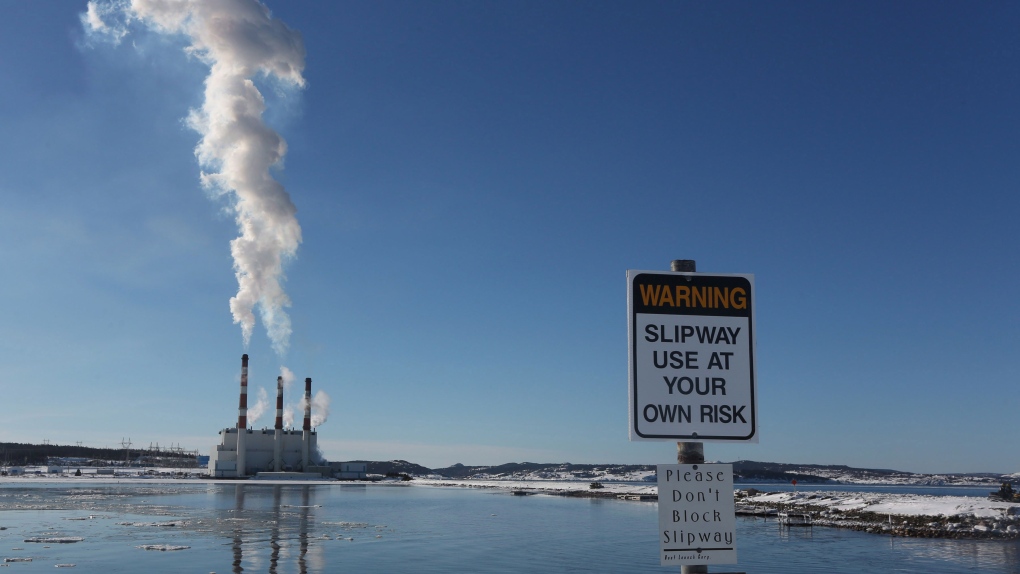 Two units at the Holyrood Generating Station are back online and generating power in Holyrood, N.L., Monday, Jan. 6, 2014. (Paul Daly / THE CANADIAN PRESS)

The utility announced Monday possible rolling blackouts during peak morning and evening hours from Tuesday to Thursday if there are sudden generation issues. Temperatures are expected to drop during the period to lows of almost -20 C.

The company says rotating outages are unlikely at this point. But it's asking residential customers to turn down thermostats, conserve hot water and not use clothes dryers over the next three days from 7 a.m. to 10 a.m. and 4 p.m. to 8 p.m.

It's also asking business customers to only heat needed spaces, reduce equipment use and turn off lights where possible.

Unusually cold weather in early January along with high winds and system malfunctions led to planned and unexpected power failures across the island of Newfoundland. At one point, 190,000 hydro customers were without power.

Natural Resources Minister Derrick Dalley stressed in an interview that the conservation request is precautionary as the government monitors the situation.

"Conservation will help to ensure that we don't have the challenges like we had in January," he said. "And we're certainly committed as a government to work to restore people's confidence in our utility system."

Dalley said the Progressive Conservative government is on the verge of announcing terms of a promised independent review of utility operations, management and related regulations to assess how the system failed.

It is meant to complement and not duplicate an ongoing review by the Public Utilities Board.

Newfoundland and Labrador Hydro, a subsidiary of Crown corporation Nalcor Energy, works with private distributor Newfoundland Power and the independent Board of Commissioners of Public Utilities to forecast hydro loads. They work together based on those assumptions to then strike a balance between maintenance, upgrades and reasonable rates.

But the failure to meet January power demands in the absence of a major ice storm or similar damage to transmission lines drew comparisons to hydro glitches in developing countries.

"What we're into now is a short-term situation where we've got some outages on some generation plus we've got some very cold weather," Nalcor spokeswoman Dawn Dalley said. She said Nalcor is reviewing the extent to which more capacity must be added to meet needs before up to 824 megawatts come online in 2017 from the Muskrat Falls hydro project in Labrador.

"If there are lessons to be learned and we need additional generation, then we will make that happen."

Newfoundland and Labrador Hydro said Monday it has 1,575 megawatts of available electricity with peak loads over the next three days expected of between 1,400 and 1,500 megawatts.

The company said another 145 megawatts of power is unavailable. Dalley said that is due to some outages, but she did not elaborate.

NDP energy critic George Murphy said mid-winter is no time to lose capacity because of equipment maintenance or other issues. He blames the province's power woes on a failure to manage a residential building boom and other major construction.

"We're unprepared for the growth that's happening in this province and the plans for future generation are lagging," he said. "Somebody's going to have to take responsibility for that.