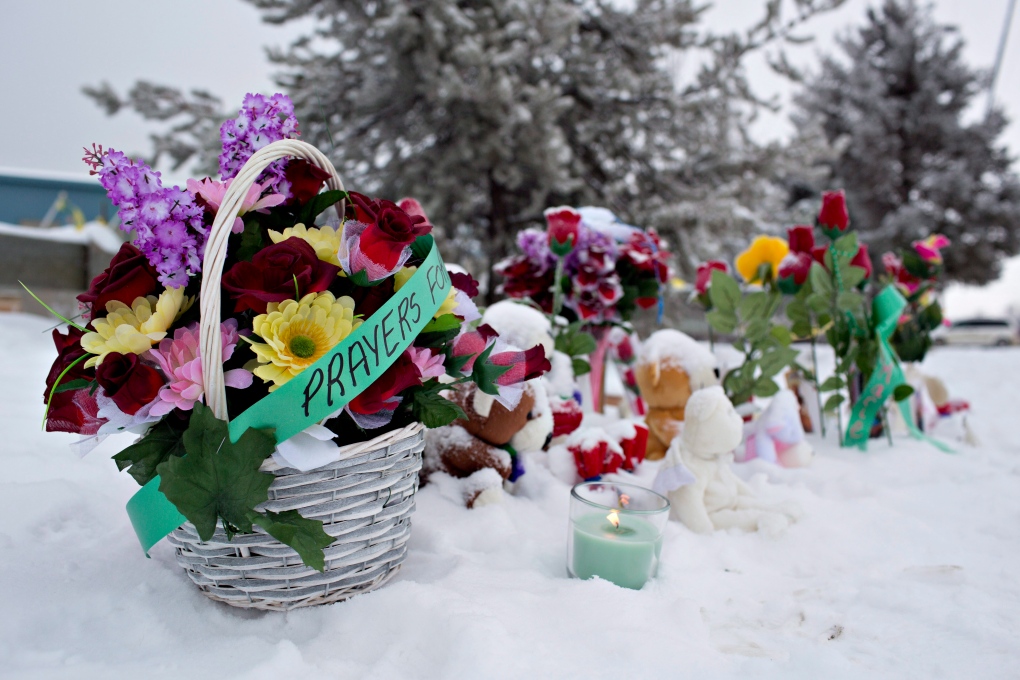 A memorial grows as more people leave flowers and candles in front of the La Loche Community School in La Loche, Sask. on Sunday, Jan. 24, 2016. (Jason Franson / THE CANADIAN PRESS)

REGINA - Premier Brad Wall is suggesting that it's not likely a northern Saskatchewan high school where two people were shot to death will be torn down.

Wall says there are no immediate plans to demolish the school in La Loche and it will be utilized.

Although, the premier adds it will be a school division decision.

The Northern Lights School Division has said Feb. 22 is the earliest the La Loche high school could reopen.

A teacher and an aide were killed and seven others hurt in a shooting at the school last month and two brothers were also killed at a nearby home.

La Loche interim mayor Kevin Janvier and others have suggested that it needs to be torn down and rebuilt before the community can move forward.

The premier also says he updated Prime Minister Justin Trudeau on Tuesday on issues in La Loche, such as school safety and counselling, the possibility of teaching trades and community development.